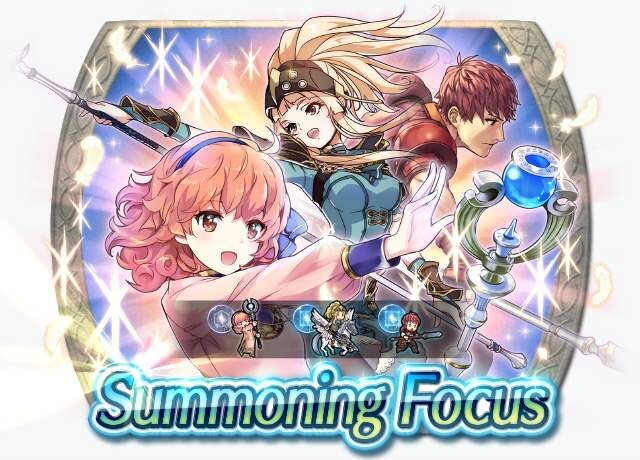 During this celebration, a Bound Hero Battle summoning focus will return each day for 18 days straight!

"I like to lose myself in the books here when I can. It should be no surprise. Even I like a good escape."

"I'd love for you to join me for a lovely cup of tea, and I'd even do you the honor of preparing it myself."

Alm and Celica are Heroes who share a strong bond.