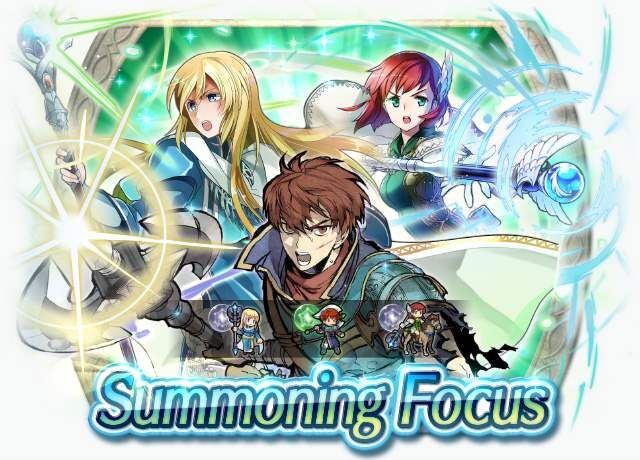 A noble heir whose true name is Raymond.
Works as a mercenary to enact revenge.
Appears in Fire Emblem: The Blazing Blade.

Basilikos
Mt: 16 Range: 1
Accelerates Special trigger (cooldown count-1).
This skill can only be equipped by its original unit.

"I have to give it to you. You fight with brains, not brawn. Wish I had the knack for that."

A gentle cleric who serves Raven. Carries a
heavy burden from a dark childhood. Appears
in Fire Emblem: The Blazing Blade.

Pain+
Mt: 10 Range: 2
Deals 10 damage to target and foes
within 2 spaces of target after combat.

"My staff can be used to heal my allies but also to hurt my foes. That is, if I must."

The daughter of Count Caerleon. Also Raven's
sister. Poised and gentle, with a jealous streak.
Appears in Fire Emblem: The Blazing Blade.

Still-Water Balm
Cooldown: 1
When healing an ally with a staff, grants Res+4 to
all allies for 1 turn.
This skill can only be equipped by staff users.

"My name is Priscilla. If it's not too much trouble, could I stay with you for a while?"

Lucius and Raven seem like the best of friends!