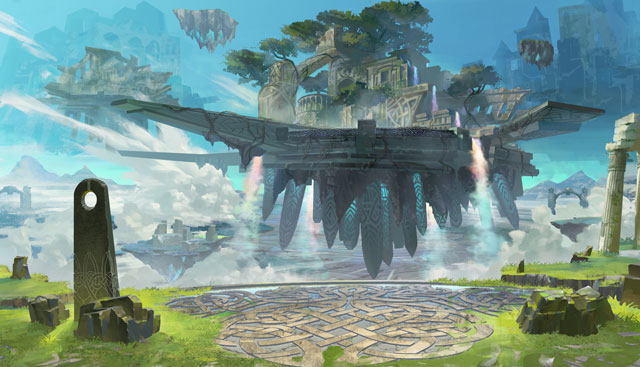 Defeat your rivals and set your sights on distant skies—Aether Raids is here! In this new mode, you can earn great rewards by winning battles!

The first time you enter the Aether Raids mode, you'll get 500 Aether Stones. Use them to set up your offense map and defense map, and then it's time to battle!

More >
What Are Aether Raids?


Aether Raids is a new mode that offers a combination of offensive and defensive battles involving your Aether Keep and those of your rivals!

Invade your rivals' Aether Keeps and defend your own to increase your Aetheric Lift.

To play, select Aether Raids from the Battle menu. 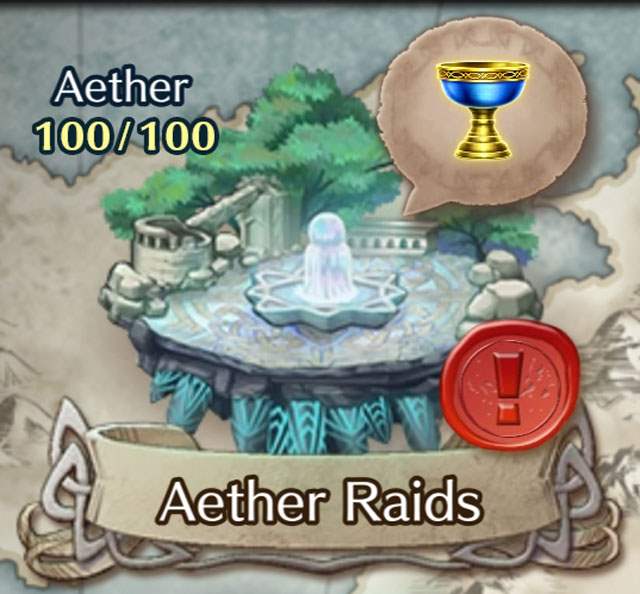 ■ Set Up Your Aether Keep 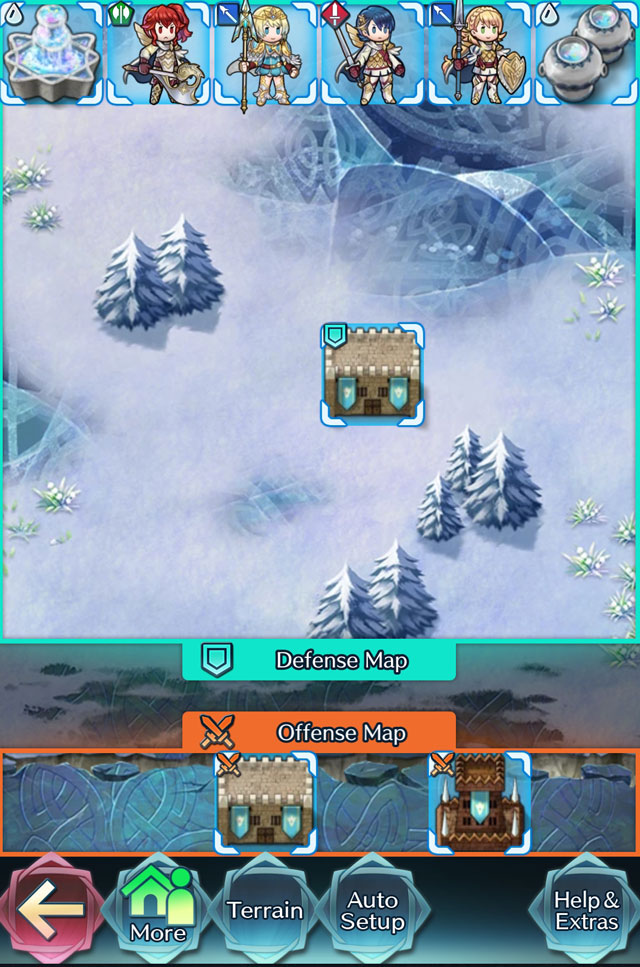 Set up your maps strategically in order to benefit your team!

You can earn Aether Stones as rewards at the end of a season—and there is also a chance of gaining them once per day as a reward for successfully attacking rival keeps.

The amount of Heavenly Dew available to you for building and improving structures will be equal to the amount of Aether Stones you've used.

But the most important thing to keep in mind when building and improving structures is that you keep your own personal fighting style in mind!

And if you're not sure what to do, you can try out Auto Setup! 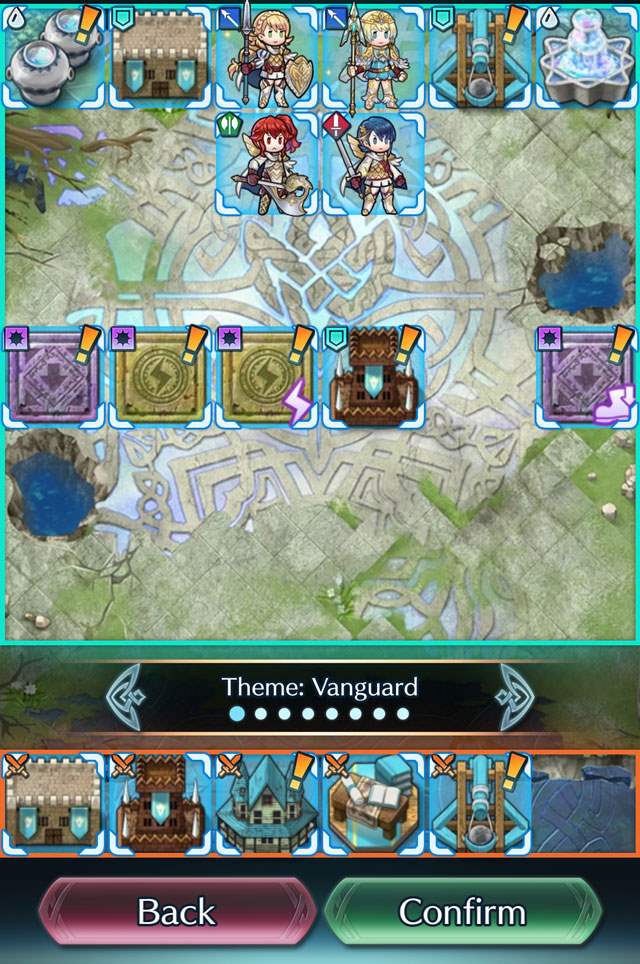 You can select a theme, and it will set up structures to match your strategy, so put it to good use if you want suggestions on structures.

After placement, you can use Test Defenses to fight against your own defense team. Bolster any weaknesses to create a strong defense map!

Note: To use Test Defenses, select Edit Aether Keep, and then Help & Extras.


・ Fortress (O)
If your Fortress (O) is higher level than the opponent's Fortress (D), all allies gain a boost to Atk/Spd/Def/Res equal to level difference × 4. Fortress (O) cannot be removed.

・ Other offense structures
Other structures include schools, which lower the stats of specific types of enemy units, catapults, which can destroy enemy structures, and healing towers, which restore allies' HP.

・ Fortress (D)
If your Fortress (D) is higher level than the opponent's Fortress (O), all allies gain a boost to Atk/Spd/Def/Res equal to level difference × 4. Fortress (D) cannot be removed or destroyed.

・ Other defense structures
Other structures include schools, which lower the stats of specific types of enemy units, catapults, which can destroy enemy structures, and healing towers, which restore allies' HP.

・ Traps
If an attacker ends their movement in a space with a trap, the rest of their action will be canceled and a special effect will trigger, targeting nearby Heroes.

・ Ornaments
Ornaments are structures that do not have any effect on battle. They can be destroyed when attacked.

・ Resources
The maximum amount of Aether you can store depends on the level of your Aether Amphorae.

Aether Amphorae and Aether Fountains cannot be removed, and when a raiding party destroys them and wins the battle, their Aether will be slightly replenished.

To play Aether Raids, you must first form a special raiding party.

While forming your raiding party, you can check the maximum amount of Lift you can gain with your current team. Keep that in mind, and try to build your team in a way that will earn you as much Lift as possible.

Note: Once you open Form Raiding Party on the Aether Raids menu, you will be able to edit your party in the Edit Raiding Parties menu, found under Edit Special Teams.

To battle, you will need to have Aether above a certain threshold, which will be based on your current Lift—but you can play once each day without spending any Aether!

Aether is replenished by a fixed amount each day, but you can also recover Aether by destroying Aether Fountains and Aether Amphorae on your opponents' defense maps. All Aether will be restored at the start of each new season.

When battle begins, two Aether Keeps collide, and you will confront your foes on a map containing both your offense map and the opponent's defense map.

If you win, your Lift will increase based on the number of raiding-party members who survived. 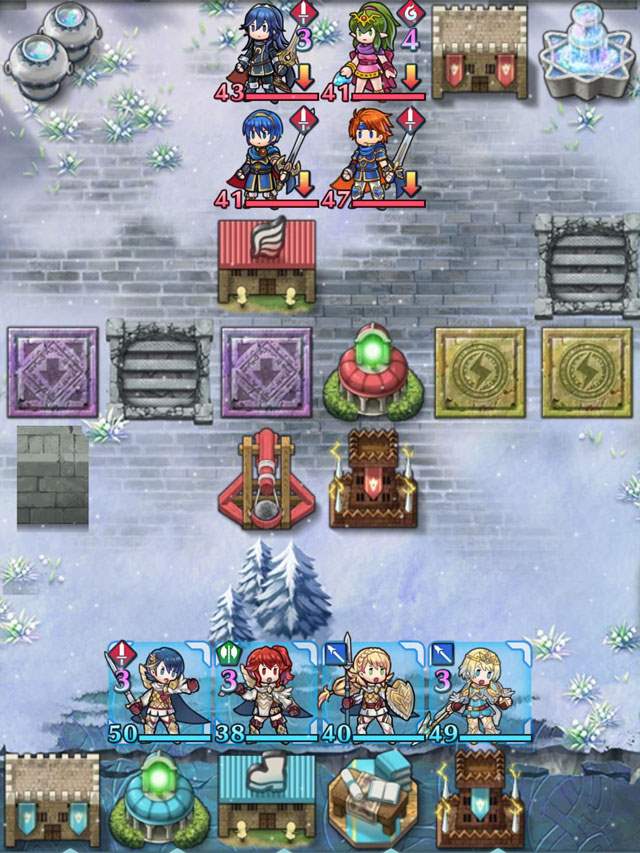 Rivals will also be invading your Aether Keep, so make sure your defensive structures are up to the task!

If you defend successfully, you will be able to maintain your Lift. If you are unable to defend, your Lift will decrease. However, for each member of your opponent's raiding party that is defeated, the amount of Lift lost will be slightly reduced.

Also, once you've lost a defensive battle, you won't lose Lift for the next 20 hours, even if you lose another defensive battle. You can use this time to rework your strategy.

You can check Defense Results to see your wins, losses, and the content of the battle. That information can help you evaluate how your opponents are advancing, so you can place traps on frequently traveled routes and improve the defensive capabilities of your map.

Also, when you lose a defensive battle, you can use Rematch once against the same opponent. Check Defense Results frequently to look for your chance at a rematch!

Aim to increase your Lift over the season!

Defeating rivals and increasing your Lift will also increase your AR Tier.

Up to Tier 11, your Tier and Lift will carry over to the next season—but in Tier 12 and above, your Tier will be maintained, but your Lift will start at the lowest Lift for your Tier. Keep that in mind, and try aiming for even higher skies!

Note: If your Lift is below 4,000, you will not lose Lift when you lose a defensive battle. 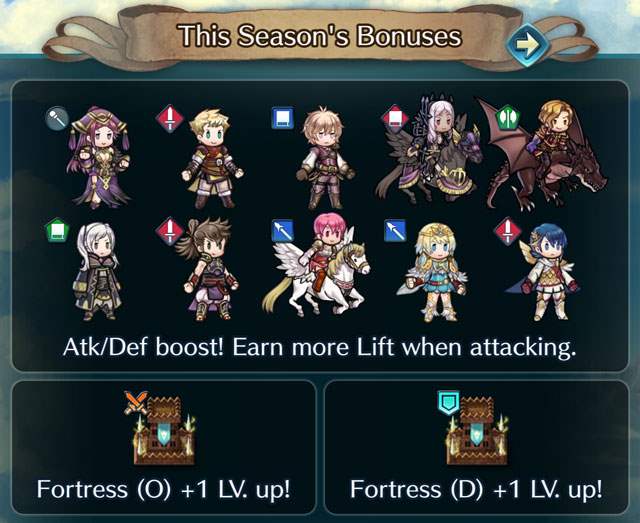 If you include a bonus character for the current season in your raiding party or defense team, that bonus character's HP and stats will get a boost of HP+10 and Atk/Spd/Def/Res+4!

Building a bonus structure will treat your Fortress (O) and Fortress (D) as if they were one level higher, and the effect will stack. You can use this aspect to inform your strategy for using bonus structures!

■ Prepare for the Next Season

You can check the next season's bonus characters and bonus structures by tapping the → button on the top right of the bonus-character screen.

Use the Training Tower and Special Training to strengthen your Heroes for the next season. 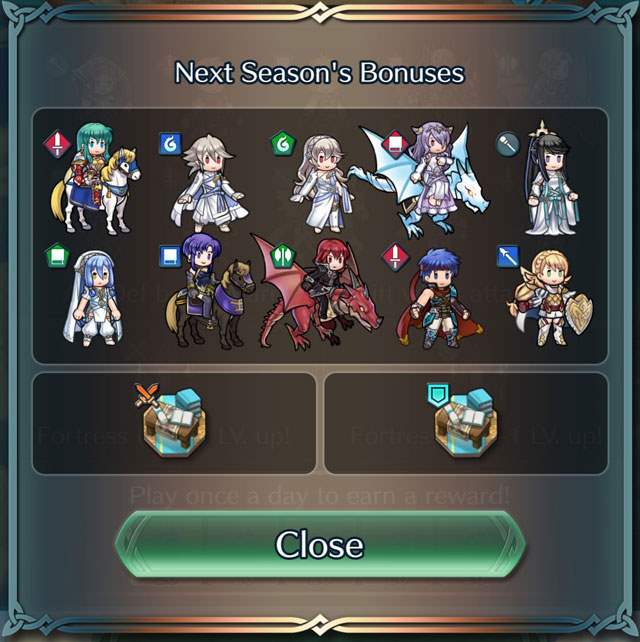 ■ Raise Your Tier and Expand Your Team

We will be explaining how to play Aether Raids in Fire Emblem Heroes: Learn with Sharena, which is updated every week on Tuesday at 07:00 a.m. UTC. Check it out by tapping here: