A guide explaining the basics of the Ally Support mechanic.

You can build up Support Ranks between allies, allowing them to boost each other's stats during battle. 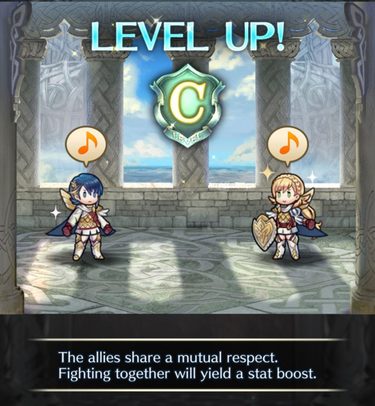 You can raise Support Ranks by having allies who support each other enter battle together and defeat enemies that are level 35 or higher. If they defeat strong foes, their rank can rise to S!