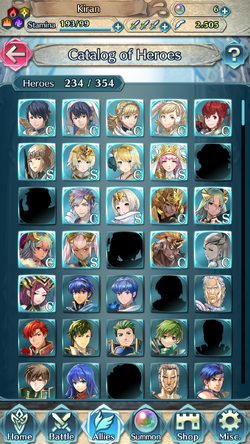 The Catalog of Heroes is a menu in which every playable Hero released in Fire Emblem Heroes can be viewed.

The Hero Catalog is sorted by Origin (キャラクター (character) in the Japanese version) as the primary sort key, then the date the Hero first appeared in-game as the secondary sort key. Heroes with the same name are not necessarily the same character, and likewise, Heroes with different names can be the same character. The date used is not necessarily the same date the Hero was first made playable. For example,

Xander: Spring Prince was made playable before

The primary "Origin" sort consists of two values, series and sort. The series value is named so because the numbers appear to correspond to the series the Hero is from, while the sort value sorts Heroes within those series. 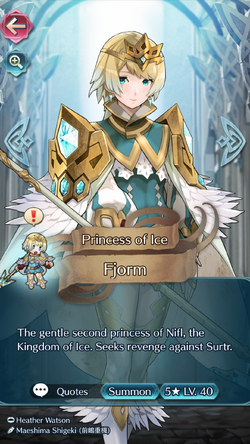 Tapping a previously summoned hero will bring the player to a hero profile page: