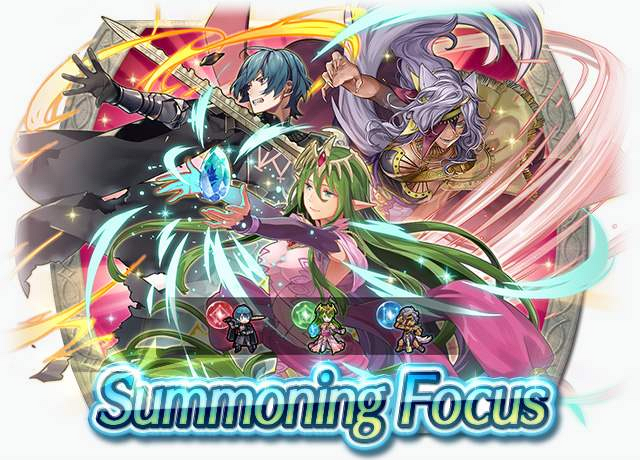 During the eleventh day of the Book IV Midpoint Celebration, three Heroes with the Distant Counter skill are available as part of a 5★ summoning focus!

Heroes with Distant Counter can counterattack regardless of their foe's range.

Wolf Queen Fang
Mt: 14 Range: 1
Accelerates Special trigger (cooldown count-1).
During combat, boosts unit's Atk/Spd by
number of allies within 2 spaces × 2. (Maximum
bonus of +6 to each stat.) At start of turn, if
unit is adjacent to only beast or dragon allies or
if unit is not adjacent to any ally, unit transforms
(otherwise, unit reverts). If unit transforms,
grants Atk+2 and deals +10 damage when
Special triggers.
This skill can only be equipped by its original unit.

Glare
After combat, if unit attacked, inflicts status
on target and foes within 1 space of target
restricting movement to 1 space through
their next actions.
This skill can only be equipped by its original unit.

"I yearn for the warm desert wind. The air here is cold and clammy by comparison."

Wow! The ability to counterattack foes both near and far sure sounds useful!