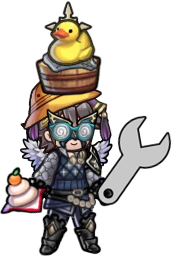 Welcome to the wiki's to-do list. Here you can find all the tasks wiki editors plan to do. Feel free to add your own tasks to the list or complete a task. Once you complete a task, remove it from the list.

You may also hold informal discussions about tasks here if you want, remember to leave a signature with ~~~~ if you do so. Example:

Speed, convenience, and ease of use are prioritized for the to-do list. You do not have to worry about presentability when adding a task, especially due to the transient nature of the to-do list.

Tasks that might be impossible or no longer possible go on /Impossible tasks.

Please make sure all tasks placed here are removable, that is, they are one-time only (or a limited amount). Recurring tasks can go in the Recurring maintenance tasks section.

Place tasks here if you're not sure what category they go in or don't want to bother categorizing it.

That page currently has all simulations removed. This has to be decided ASAP since other pages will soon contain 4 summoning events as well (the Weekly Revivals and the Year 1 Special Heroes). --HertzDevil (talk) 14:49, 5 April 2020 (UTC)

I have tried to optimize it as much as I can with my amateur programmer skills, but it doesn't appear to be possible to get any more performance out of it (but I could be wrong), so that solution is out. Replacing the simulations with purely theoretical values sounds like the best option, but I do not know how to calculate the rates. So besides these, the best option is probably to rewrite it as a widget and have the clients handle running the simulation. For now, simulations have been temporarily disabled. Endilyn (talk) 23:00, 8 April 2020 (UTC)

Missing properties about the game data.

You don't need the rewarded unit from a Three Heroes quest to finish the other quests, though. There is no need to maintain the quest order on a table that lists all reward sources; besides, these quests won't be able to maintain the sort order anyway if any unit is already previously handed out. We could do that when we have the quest tables ready and display separate tables for each kind of reward source.
If we carefully lay out the data definitions, then _ID may be used as a tie-breaker, since it maintains the relative order between #cargo_store invocations. Template:Heroic Grails Hero List does this, but this is not as easy if the definitions are not all from the same page. --HertzDevil (talk) 10:07, 27 September 2019 (UTC)

Reorganization of wiki texts and resources.

The last point is right; I checked RainThunder's files and found that these Heroes used to be in the random pool:
All other changes to the random pool were correct. --HertzDevil (talk) 10:05, 21 May 2020 (UTC)

Entry sort lists Naga under both series, and similarly for Leif; they are the only Heroes whose origins != (1 << series). The origins field is being used in the in-game filter and Limited Hero Battles, so sooner or later the information needs to be somewhere in the database. --HertzDevil (talk) 10:05, 21 May 2020 (UTC)

I propose the following changes. In the following, series means "the game portion of the origin value".With this new structure, the separation of pure game data and wiki-specific data should be clearer. The only benefit to the old system I can think of is that it saves entering origin values for every new Hero, but this is faulty as well, since technically every new Hero would then need a Units.Person entered in order to link them to their origin values. The benefit is that Units.Person defaults to Units.Name, but a similar benefit can be had with csv2 defaulting to a csv2 from another Hero with the same Units.Name and Units.Series only if one distinct value is returned. This makes an assumption, but it is the same assumption the current system makes. Additionally, in both defaulting systems, a csv2 must be entered at least once somewhere on the wiki. Endilyn (talk) 08:21, 25 May 2020 (UTC)

About the current fields: Units.Entries is already produced by the concatenation of {{{Origin|}}} and {{{ExtraOrigins|}}} before storage. So if I understand this correctly, the new field mappings from the Person JSONs are:
Anything that migrates the wiki database towards the underlying data model should be okay. --HertzDevil (talk) 21:14, 25 May 2020 (UTC)

Map availability should also be defined per difficulty, to properly handle cases like Narcian: Wyvern General (map) (Infernal and Abyssal had separate start times, so the map cannot be assumed to give the rewards at these difficulties since the beginning).

These tasks are more involved. Actions should be carefully reviewed before performing them, as there may be additional requirements/consequences that are not obvious at first glance.

I am going to overhaul the skill note system to be more well-defined and flexible, and I've noticed errors in some of the templates and their placements that seem to stem from misunderstanding of game mechanics (such as placing the bonuses template on combat boost skills), so I will fix those as I go along as well.

Here are the current specifications for the new system. The completed specification will later be available at Project:Note templates.

More complex skills that cannot use these templates or combinations of these templates for whatever reason, will have text typed out on their page for the non-template parts. There is no need to force usage or modifications of templates at the expense of coherency. This is not expected to occur however, since each note is broken down to the small flexible parts.

I don't know when I'll do this. If you would like any changes before I do so, post any suggestions here in the meantime, if any. Endilyn (talk)

A few pages on this wiki have grown excessively long. These pages are difficult to navigate, take a long time to regenerate, and are restricted in their complexity due to include size limits. This can be alleviated by splitting the contents across multiple pages. --HertzDevil (talk) 14:25, 24 August 2019 (UTC)

For non-English and non-Japanese languages, I propose that their subpages would be named after their language code in the game. /EUIT for example. Endilyn (talk) 23:03, 24 November 2018 (UTC)

That's a brilliant idea. I think it's good enough and you should put it in Event calendar while we are waiting for the next Cargo version. You should also create Special Maps calendar (and add it to Special charts, too). And what exactly is missing in your calendar? I don't see any problem with it, as the old LHBs still appeared correctly. RainThunder0 (talk) 11:59, 16 September 2019 (UTC)

I've completed it with focuses, story, paralogue, TD, HO, CC, BG and SA. Ideas about colors are welcome. About the problem, it is due to the limit. When I don't specify it, I have everything until August 7, 2019, and with a limit of 1000, until November 2018. There is also a problem with views. It only loads informations from the current, previous and next time interval. By exemple, as of September 16, 2019, I can't see A Splendid Soiree and Peforming Arts on week view if I don't switch to month view (which is truly ununderstandable). Pival13 (talk) 20:04, 16 September 2019 (UTC)

New Cargo version is up. I commented out the summoning events because there are too many of them. --HertzDevil (talk) 01:26, 25 September 2019 (UTC)

I did notice it for a while ago, but I actually forgot about it xD. I don't think there's a better way of retrieving date pairs from list other than this ugly query:
For example, for Tap Battle (not in calendar format): [removed]
I think it would be cleaner to use multiple entry per page. The template could be used in "Map availability" section, or integrate into {{Battle Infobox}} (which means we should get rid of Map availability section). Also StartDate and EndDate should be renamed to StartTime and EndTime, respectively.RainThunder0 (talk) 23:07, 2 July 2019 (UTC)

Internally those are duplicate Tap Battles with mostly identical data, not the same Tap Battle with multiple sets of dates (the first rerun is defined in files/assets/Common/TapAction/TapBattleData/TDID_0001_01.bin, and the original in files/assets/Common/TapAction/TapBattleData/TDID_0001.bin), so there should be one row for each run regardless of how the reruns are displayed. (This is in contrast for example to LHBs which do modify the dates of existing special map records in files/assets/Common/SRPG/StageEvent/*.bin.) --HertzDevil (talk) 17:06, 24 July 2019 (UTC)
Done. Might need a separate WikiName to distinguish reruns in the future though; I suggest [EVENT TYPE] [event name] [Y-m], e.g. TAP BATTLE Labyrinth of Mists 2018-02, TAP BATTLE Labyrinth of Mists 2019-03, and TAP BATTLE Brave Heroes 2019-08.
I also replaced MapDates's definition for a similar reason, but that one doesn't need WikiNames for the moment. --HertzDevil (talk) 14:02, 23 August 2019 (UTC)

Template: Current Events can now work with the below query for all kind of Hero Battle:We must take care of Tempest Trials maps which are also presents on Maps and MapDates tables. There is currently only two banner images with a bad name: File:Banner Grand Hero Robin F.png and File:Banner Grand Hero Kana M.png as their gender is present on it. Pival13 (talk) 10:14, 8 September 2019 (UTC)
This query also work for Rival Domains and Relay Defense maps, but I would recommend to keep {{Weekly Rival Domains}}. For other events map (Daily (Aug 2019) (Event) or Nifl and Múspell (Event)), a banner image is needed as well as a MapGroup. Currently, I've supposed the banner image can be give as 5th arg on Template:Current Events/format and use File:Banner Event.png by default. Pival13 (talk) 11:52, 8 September 2019 (UTC)

For Rival Domains and Relay Defense, I think we should make a new query at the end of the table to keep the in-game display, otherwise they will appear above the events which have begun the previous week. Pival13 (talk) 14:14, 8 September 2019 (UTC)

Template:Current Events has been ported to Lua, any map that uses Template:MapDates should automatically appear there. As an additional benefit, events are now properly sorted by time remaining across event types. --HertzDevil (talk) 04:39, 22 September 2019 (UTC)

Create a template that will store a cargo table for quests, this will allow accessory pages, tap battle pages, etc. to query for related availability or rewards.

What should be the WikiName? We don't have past data files, so internal IDs wouldn't work. I am thinking of something like [group name] [YYYYMMDD] [quest index]; the day is required to distinguish daily / weekly quests in the same month. The corresponding reward table will also contain this WikiName column, and joins to the quest table will use that instead of the page name, so every quest receives a unique index from its associated group. --HertzDevil (talk) 16:49, 28 September 2019 (UTC)

I created a module that can store and query quests (it currently use its own data for the query). The needed cargo table is quite similar to the one above, with extra fields Stage and Unit. Considering the WikiName I've followed HertzDevil idea. I also created a JSON converter for quests.
I think quests should be define on monthly quests page (such as Quests and Missions archive/February 2017), then queried on other pages (Quests and Missions#Current Quests, accessory pages, tap battle pages...). An exemple of a monthly quests page can be found here Pival13 (talk) 10:34, 1 January 2020 (UTC)

I move the module and use it for december 2019 and january 2020 quests, as well as querying on Quests and Missions#Current Quests. I think we should use a Sort to order and differentiate quests. This may not necessarily be the same than in-game. Pival13 (talk) 21:28, 6 January 2020 (UTC)

Some of the lists here use cargo queries to automatically display the status of certain tasks. The cargo queries update slowly, so they may not reflect the most recent status. List of reoccurring maintenance tasks:

Note: This list is not conclusive, it only lists pages where the story template was added with empty fields. There may be story text missing when the template is not used at all.

Uses of Template:Story Navbar with either the previous or next map missing are listed here. There should be exactly one item on this list corresponding to the most recent story.