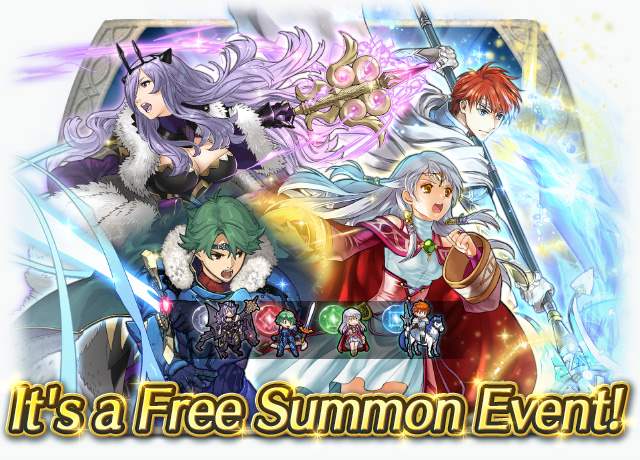 Special versions of the Heroes who ranked the highest in the Choose Your Legends: Round 3 event are here and ready to battle!

Once again, we're letting you pick whichever one of these four special-version Heroes you like best for free!

The Hero you choose will be summoned as a 5★ ally! But you can choose only one, so think hard about who you want to join your army! 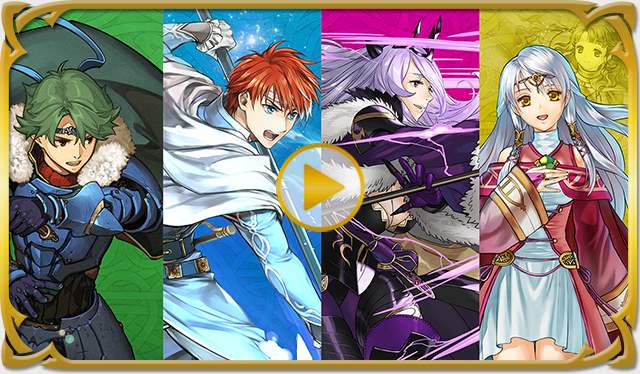 Notes on This Summoning Event
• Heroes with different illustrations and epithets are treated as different Heroes even if they are the same character. As such, you cannot use them to Merge Allies.


• If you select Summon, you will not be able to leave the screen until you summon a Hero.
• To see more summoning details, tap the Appearance Rates and Details buttons on the Summon menu.

Son of Rudolf, the Rigelian Emperor. Dons
special armor that has been passed down for
generations. Appears in Fire Emblem Echoes:
Shadows of Valentia.

Scendscale
Deals damage = 25% of unit's Atk, but after
combat, if unit attacked, deals 7 damage to
unit.
This skill can only be equipped by its original unit.

"This armor has been passed down through the generations in Rigel... It weighs...heavy on my shoulders."

The fifteenth ruler of Daein. Determined to
reconstruct and develop her home country.
Appears in Fire Emblem: Radiant Dawn.

Light of Dawn
Mt: 14 Range: 2
Effective against armored and cavalry foes.
Grants Res+3. Grants bonus to Atk/Spd/Def/Res
during combat = current penalty on each of
target's stats. Calculates each stat bonus
independently.
This skill can only be equipped by its original unit.

Atk/Res Bond 4
If unit is adjacent to an ally, grants
Atk/Res+7 to unit and neutralizes unit's
penalties to Atk/Res during combat.

Yune's Whispers
At start of turn, if any foe's Res ≤ unit's Res-3
and that foe is adjacent to another foe, inflicts
Atk/Spd-6 on that foe through its next action.
This skill can only be equipped by its original unit.

"I won't waver anymore... I will build an age in which everyone can live their lives in peace!"

The soon-to-be Marquess Pherae. Eyes burning
with the fire of determination, he carries on his
father's will. Appears in Fire Emblem: The
Blazing Blade.

Ninis's Ice Lance
Mt: 16 Range: 1
Effective against dragon and beast foes.
Grants Spd+3. If unit initiates combat, grants
Atk/Spd/Def/Res+4 during combat.
This skill can only be equipped by its original unit.

Atk/Spd Ruse 3
If a Rally Assist skill is used by unit or targets
unit, inflicts Atk/Spd-5 and【Guard】on
foes in cardinal directions of unit and target
through their next actions.

"Nerves before a ceremony and those before battle are two different things. One more thing I must get used to..."

Camilla from a world where she takes the throne
as Queen of Nohr. Rules with both strength and
compassion. Loved and supported by all her
subjects. Appears in Fire Emblem Fates.

【Gravity】
Restricts target's movement to 1 space through
its next action.
This skill can only be equipped by its original unit.

"Finally, the dark age of the impostor king is over. Now, my duty is to guide Nohr as a light out of that darkness."