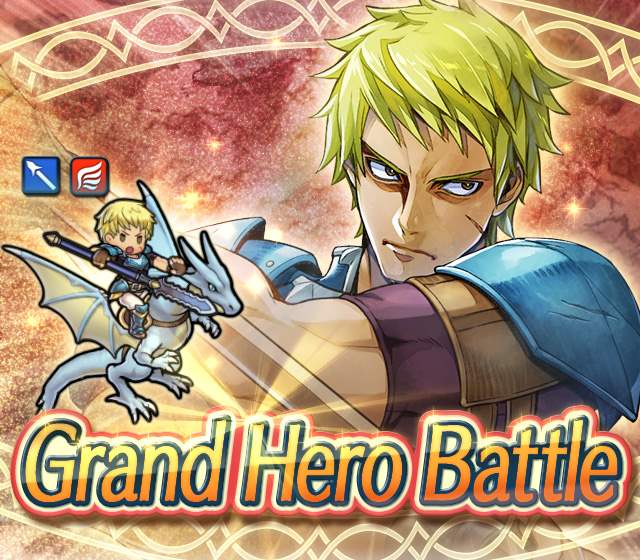 From the Fire Emblem: The Sacred Stones game, a new Grand Hero, Cormag: Aloof Lanceman, is waiting in Special Maps!

Defeat the wyvern knight who fights with love and pride for his homeland to make him your ally!

A wyvern knight of Grado and younger brother
of the Sunstone, Glen. Although he left his army
behind, he fights with love and pride for his
homeland. Appears in Fire Emblem: The Sacred
Stones.

"I'm Cormag, a knight of Gra— No... I'm just another wyvern knight now. But I know my way around a lance."

And I'm Feh, the messenger owl who delivers information with love and pride!