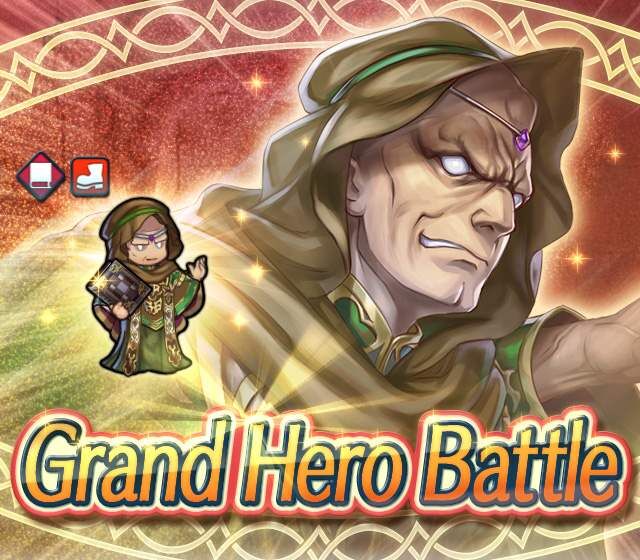 Defeat this cunning strategist and practitioner of dark magic to make them your ally!


Bishop of the Loptr Church. Works to support
his lord, Manfroy, carrying out the will of the
church. Appears in Fire Emblem: Thracia 776.

Petrify
Mt: 14 Range: 2
Grants Res+3. At start of turns 1 through 5,
inflicts Atk/Spd-7 and【Gravity】on foe on the
enemy team with the lowest specified stat
(see below).

【Gravity】
Restricts target's movement to 1 space through
its next action.

Res Opening 3
At start of turn, grants Res+6 to ally with the
highest Res for 1 turn. (Excludes unit.)

"To think that the descendants of the crusaders have gathered in this world... I should conceal my identity."

We can't let some shady religion have its way!