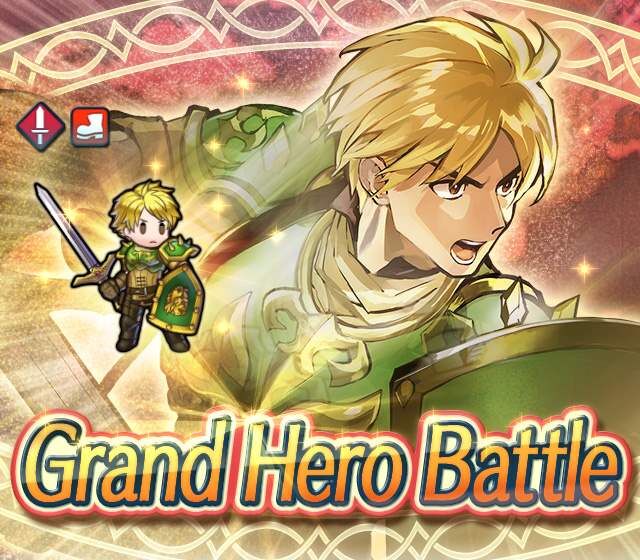 From the Fire Emblem: Mystery of the Emblem game, the Grand Hero Astram: Midia's Hero is back in Special Maps!

Defeat the man who was given the sword Mercurius to make him your ally!

Captain of Archanea's free company. Awarded
the sword Mercurius in light of his heroism and
loyalty. Appears in Fire Emblem: Mystery of
the Emblem.

Mercurius
Mt: 16 Range: 1
Grants Atk+3. At start of turn, if unit's HP ≥
50%, grants Atk/Spd/Def/Res+4 to unit and
sword, lance, axe, bow, dagger, or beast allies
within 2 spaces for 1 turn. (Bonus granted to
unit even if no allies are within 2 spaces.)
This skill can only be equipped by its original unit.

"Make no mistake: I am sworn to Princess Nyna—not the crown!"

Mercurius is one of the three Regalia of the Holy Kingdom of Archanea, you know!