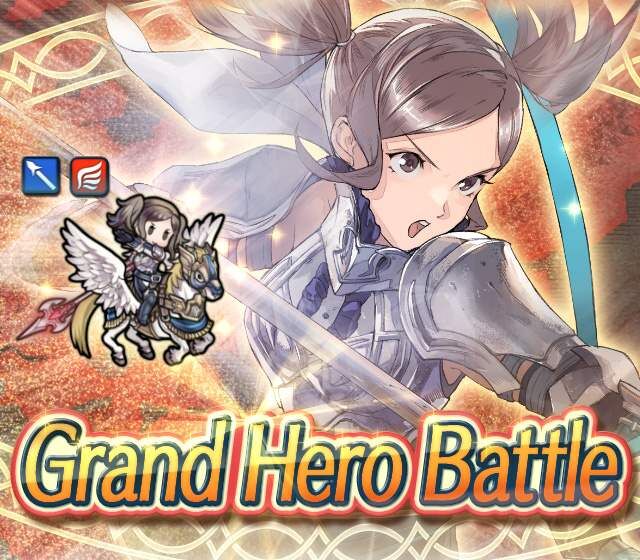 From the Fire Emblem Awakening game, the Grand Hero Cynthia: Hero Chaser is back in Special Maps!

Defeat this clumsy-yet-capable hero in the making to make her your ally!


• Heroes might have already learned some skills based on their ★ rating when they joined your team.
About Cynthia: Hero Chaser

Sumia's daughter. Has a strong sense of justice.
Enters combat with a speech on her lips, and
aches to perform valorous deeds. Appears in
Fire Emblem Awakening.

Spd/Def Link 3
If a movement Assist skill (like Reposition,
Shove, Pivot, etc.) is used by unit or targets
unit, grants Spd/Def+6 to unit and target ally
or unit and targeting ally for 1 turn.
Cannot use:

"Whoa, whoa, whoa... You're patrolling again? You'll wear yourself out at this rate! Leave this to Cynthia the Hero!"

I hear Cynthia is well-known for babbling nonsensically in her sleep...zzz....