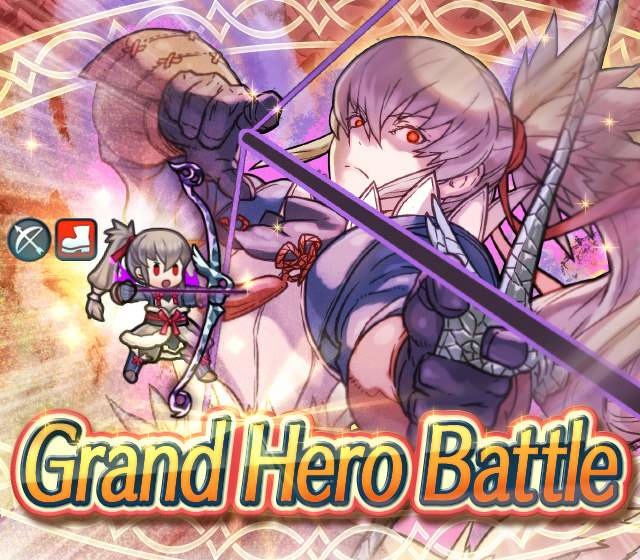 Takumi: Empty Vessel is back for the third Grand Hero Battle Revival, along with some limited-time quests!

Prince of Hoshido who wields the evil bow
Skadi. While his love for his homeland remains,
he was forced to become a servant of one of the
First Dragons. Appears in Fire Emblem Fates.

Skadi
Mt: 14 Range: 2
Effective against flying foes. Grants Spd+3.
At the start of turn 3, deals 10 damage to
foes within 3 columns centered on unit, and
converts bonuses on those foes into
penalties through their next actions.
This skill can only be equipped by its original unit.