It's a Free Summon Event! (Notification) 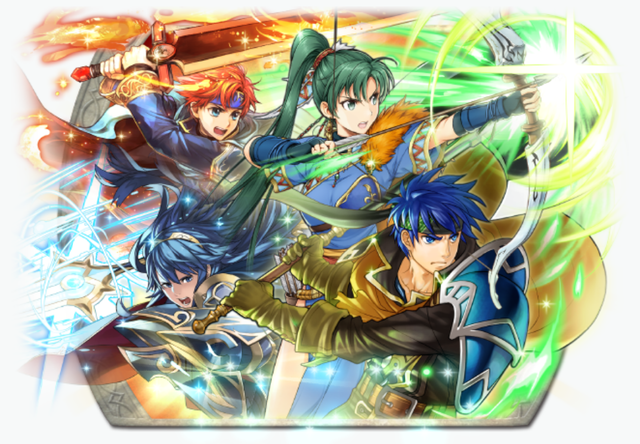 It's a Free Summon Event!

Before Fire Emblem Heroes was released, the Choose Your Legends event was held. Here come special versions of the winning Heroes, available to summon now!

And because voting exceeded expectations, we're letting you pick whichever one of these four special-version Heroes you like best for free!

The one you choose will be summoned as a 5★ Hero! Think hard and pick the one you most want to take onto the battlefield.

Aether
Cooldown: 5
Treats foe’s Def/Res as if reduced by 50% during
combat. Restores HP = half of damage dealt.

Steady Breath
If foe initiates combat, grants Def+4 during
combat and Special cooldown charge +1 per
attack. (Only highest value applied. Does not
stack.)

"This is Urvan, my father's axe... It's rugged and strong. It reminds me of him."

Atk Smoke 3
Inflicts Atk-7 on foes within 2 spaces of target
through their next actions after combat.

"This is Mulagir, the bow of swift wind, and one of the legendary weapons. I hear it was once wielded by a woman named Hanon."

Galeforce
Cooldown: 5
If unit initiates combat, grants unit another action
after combat. (Once per turn.)

Aether
Cooldown: 5
Treats foe’s Def/Res as if reduced by 50% during
combat. Restores HP = half of damage dealt.

"This lance Geirskögul comes from another world. It's not something...I would normally have access to."

"You can choose who you summon? That's amazing!"