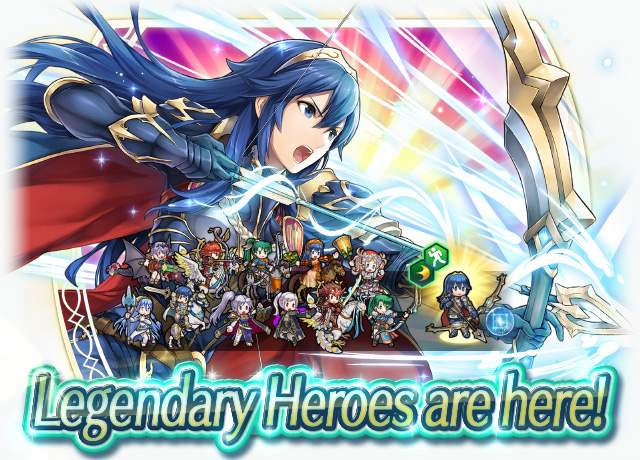 A Legendary Hero from the Fire Emblem Awakening game has arrived!

A special map featuring Lucina: Glorious Archer accompanies this event too. See how tough this Legendary Hero is! 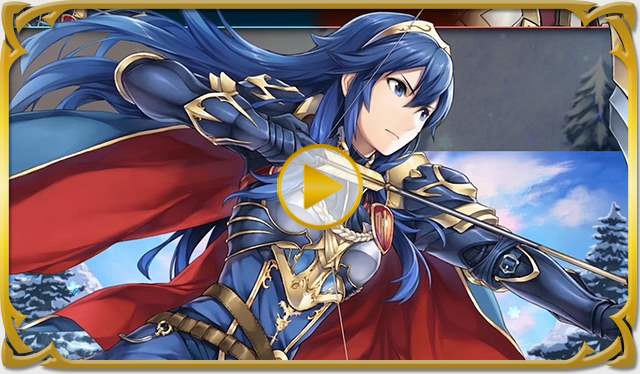 Notes on This Summoning Event
Ryoma: Supreme Samurai, Lucina: Glorious Archer, Lyn: Lady of the Wind, and Robin: Fell Vessel will be available to obtain as allies only when summoning on the Summon menu through Legendary Hero summoning events and will not be available for normal summoning events.


• The next time these Legendary Heroes will be available is as follows:
Ryoma: Supreme Samurai - late November
Lucina: Glorious Archer - late November
Lyn: Lady of the Wind - late October
Robin: Fell Vessel - late August
• As of now, this is a limited-time opportunity to summon these Special Heroes. They may or may not appear again in a summoning event held in the future. Please note that they may appear as a different rarity or at a higher appearance rate.
• Heroes with different illustrations and epithets are treated as different Heroes even if they are the same character. As such, you cannot use them with Merge Allies.
• To see more summoning details, tap the Appearance Rates and Details buttons on the Summon menu. 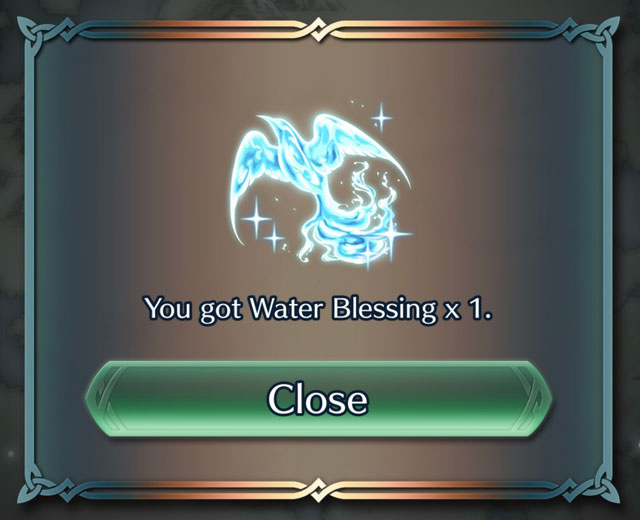 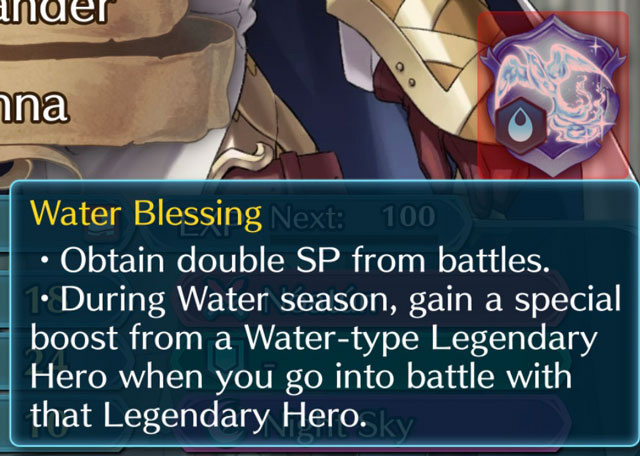 Each season will feature two of the four elements: Water, Wind, Earth, and Fire. Seasons will change on Tuesday at 7:00 a.m. every week. 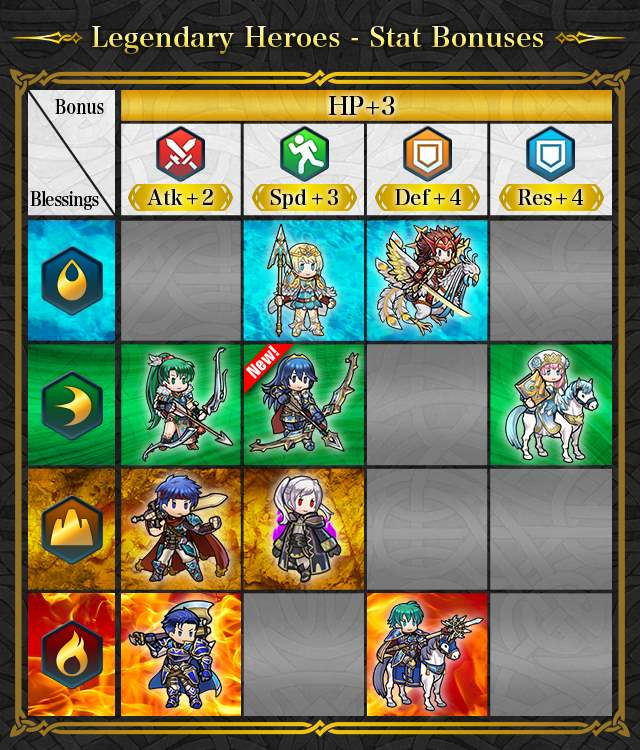 A princess and the daughter of Chrom who


traveled to the past. With a new outfit and
divine weapon in hand, she fights once again.
Appears in Fire Emblem Awakening.

Thögn
Mt: 14 Range: 2
Effective against flying foes. Grants Spd+3. If
unit initiates combat and foe uses sword, lance,
axe, or dragonstone, grants Atk/Spd/Def/Res+4
during combat.
This skill can only be equipped by its original unit.

Future Vision
Range: 1
Unit and target ally swap spaces. Grants
another action to unit. (Additional action
granted once per turn only.)
This skill can only be equipped by its original unit.

"I am Lucina, daughter of the Exalt Chrom of the Halidom of Ylisse. I come wielding a legendary bow."

An enchanting princess raised in Hoshido


who sings in battle to help her allies.
Appears in Fire Emblem Fates.

The heir to Mjölnir, she carries the blood of the


royal family of Friege. The descent of her love,
Julius, into the darkness troubles her. Appears
in Fire Emblem: Genealogy of the Holy War.

"The empire was built on the backs of the oppressed. I knew this. And yet all I did was fight the liberation army..."

Noblewoman of Caelin whose true name is


Lyndis. Legends say she once secretly helped
save a continent from disaster. Appears in
Fire Emblem: The Blazing Blade.

Laws of Sacae
If foe initiates combat and the number
of allies within 2 spaces ≥ 2, grants
Atk/Spd/Def/Res+4 during combat.
This skill can only be equipped by its original unit.

"The people of the plains don't need to loose countless arrows to hunt. We need but a single, well-aimed shot. This helps ensure our prey does not suffer needlessly."


all the winter-festival party foods, she loves
cake the most. Appears in Fire Emblem
Awakening.

Fortify Armor
At start of turn, grants Def/Res+6 to adjacent
armored allies for 1 turn.
Cannot use:

"When the winter festival is on, the castle town is filled with stalls selling all sorts of delicious treats... Well, if you twisted my arm, I'd say I like the ones selling sweets the best."

A noble of Ostia and Roy's friend since


childhood. Focused on choosing gifts for
those dearest to her. Appears in Fire
Emblem: The Binding Blade.

"Memories or no, I will lay waste to the world all the same. You think me so fickle I'd change my mind?"

A woman who grew up on the plains. Uses


the bow, like her father, Hassar. Appears
in Fire Emblem: The Blazing Blade.


and higher upon the back of a
legendary kinshi. Appears in
Fire Emblem Fates.

The eldest brother of the Hoshidan


royal siblings. Rules from the heavens
on the back of a legendary kinshi.
Appears in Fire Emblem Fates.

Bushido
Deals +10 damage when Special triggers.
This skill can only be equipped by its original unit.

"Please, don't flatter me with titles such as Legendary Hero. I'm well aware of my own shortcomings. Let's leave it to my kinshi to elevate me to such grand heights, shall we?"

The prince of Ylisse, awakened to new power.


Bravely rides into battle on his stalwart steed.
Appears in Fire Emblem Awakening.

"We will tame the chaos. Gather under my banner!"

A princess of Nohr who dotes on her sibling


Corrin and is trying to learn about Hoshidan
culture through fashion. Appears in Fire
Emblem Fates.

"We were celebrating the new year in kimono as a symbol of friendship with Hoshido. It's important to understand each other's cultures if you want to get along."