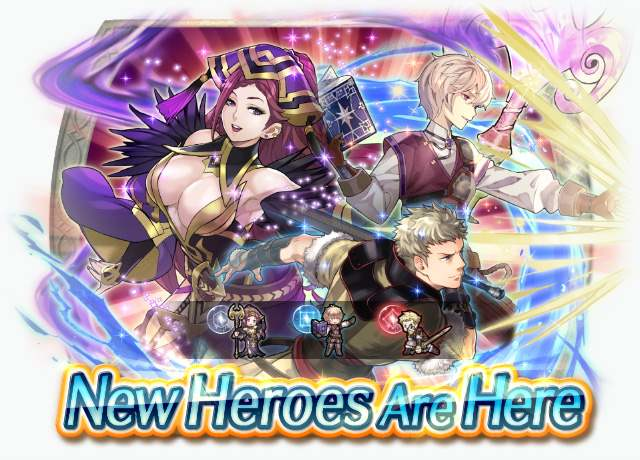 The development team for the Fire Emblem Heroes game has picked three of the top-ranked Heroes from the Choose Your Legends: Round 2 event held in celebration of the game's first anniversary. These new Heroes are now bravely joining the battle!

Loki: The Trickster, Owain: Chosen One, and Kliff: Curious Spirit are available as a part of a 5★ summoning focus!

Also, there will be a Log-In Bonus during the active period above to celebrate these new Heroes, and you can receive Orbs up to 10 times by logging in daily! 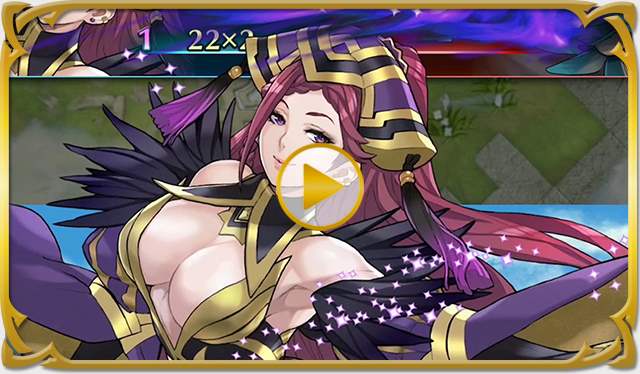 Strategist for Múspell, the Kingdom of Flame.
Likes to play tricks and manipulate people.

Thökk
Mt: 14 Range: 2
Calculates damage from staff like other
weapons. At start of turn, if foe's HP ≤ unit's
HP+3 and foe is in cardinal direction and
uses bow, dagger, magic, or staff, foe
cannot move more than 1 space through its
action.
This skill can only be equipped by its original unit.

Earthwater Balm+
Cooldown: 1
When healing an ally with a staff, grants
Def/Res+6 to all allies for 1 turn.
This skill can only be equipped by staff users.

C Duel Infantry 3
Grants HP+5. If unit is 5★ and level 40 and
unit's stats total less than 170, treats unit's
stats as 170 in modes like Arena.
(Higher-scoring opponents will appear.
Stat total calculation excludes any values
added by merges and skills.)
Cannot use:

"Isn't Princess Veronica just adorable? I cherish that child. Any time spent teasing her is absolutely not wasted."

"I was just about to make a new entry in the Manual of Justice. But don't you even think about peeking! The legendary pages contained within are far more than your mortal eyes could handle."

"Life in the village was getting boring, so when Alm asked me to join the Deliverance, I took the plunge."

"Loki will probably tease us relentlessly if she becomes our ally..."