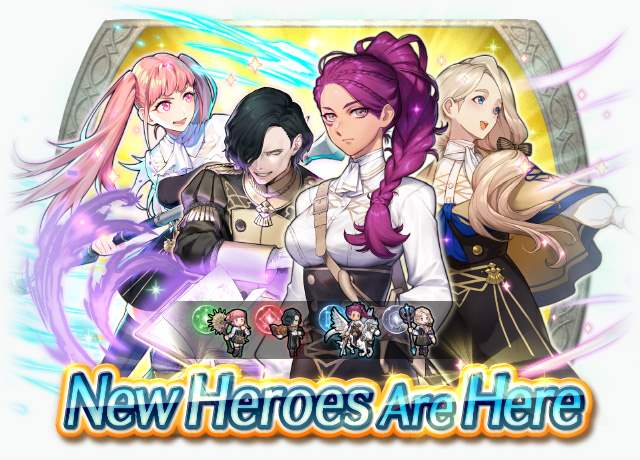 Four students from three houses are available as part of a 5★ summoning focus!

There are also some shocking revelations in the new story maps in Book III, Chapter 10: Omnicidal Witch—and there are some limited-time quests too! There's even a Log-In Bonus where you can get Orbs up to 10 times until 2019-08-21T06:59:59Z! 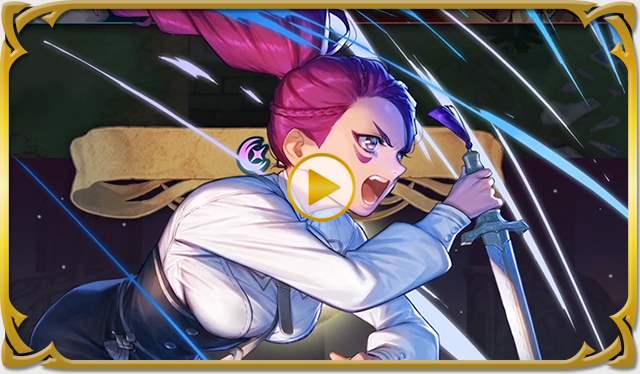 Granddaughter of the king of Brigid, a vassal
state of the Empire. Although her speech is not
perfect, she gives her all in everything she does.
Appears in Fire Emblem: Three Houses.

【Dagger ７】
After combat, if unit attacked, inflicts
Def/Res-７ on target and foes within
2 spaces of target through their next actions.
This skill can only be equipped by its original unit.

"Brigid is small islands with much richness and greenness. For my land of home, I would be giving the all."

"I am Lady Edelgard's humble servant. I serve you for now, but my true loyalties lie with her. Don't forget it."

Adopted daughter of a merchant family in the
Holy Kingdom of Faerghus. Former nobility with
a gentle, easygoing personality. Appears in Fire
Emblem: Three Houses.

"I know that the goddess is always watching over us. That's why I make sure to pray regularly."

Noble of the Leicester Alliance and daughter of
House Goneril. Has a lazy personality and a
habit of manipulating people into doing things
for her. Appears in Fire Emblem: Three Houses.

"The Officers Academy turned out to be more work than I expected. Now, at least, I can just relax...right?"

"I'm so excited for these Heroes to arrive! I just can't take my eyes off of them!"