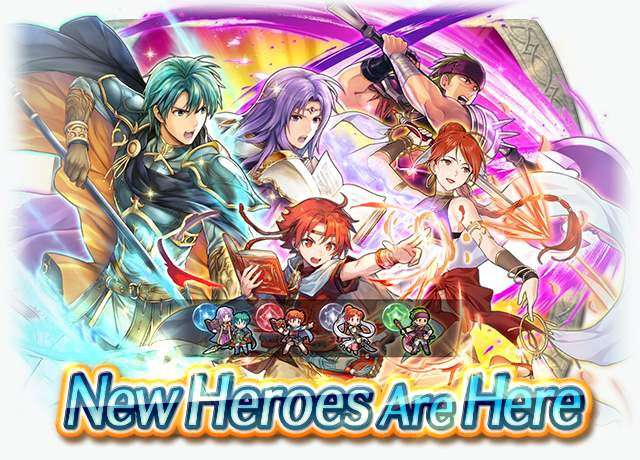 New Heroes from the Fire Emblem: The Sacred Stones game are here!

Notes:
・Ephraim: Dynastic Duo is both a Duo Hero and a New Hero, but will no longer be available to summon after this event ends. He may or may not appear again in a summoning event held in the future.
・From this summoning event onward, New Hero Ross: His Father's Son will appear as a 3★ and 4★ Hero. 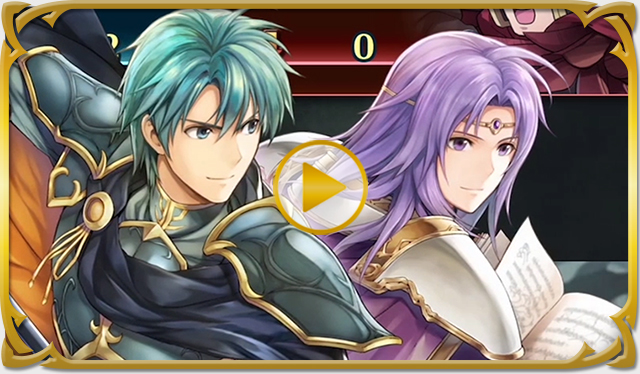 The princes of Renais and Grado. As heirs to
allied kingdoms, they were raised with a strong
bond with one another. They appear in Fire
Emblem: The Sacred Stones.

Duo Skill
Infantry and armored allies within 2 spaces of
unit (including unit) can move 1 extra space.
(That turn only. Does not stack.)
(Duo Skills can be used once per map by
tapping the Duo button. Duo Skills cannot
be used by units deployed using Pair Up.)

"You have my—OUR thanks...for showing us the wonders of this world you've brought us to."

A veteran soldier who leads his own mercenary
band, Gerik's Mercenaries. He's the commander
of Tethys, Ewan, Marisa, and others. Appears
in Fire Emblem: The Sacred Stones.

"More fighting coming up, huh? Got it. No complaints here. Work's work."

A member of Gerik's Mercenaries. Tethys's
brother. He reveres Saleh, his teacher. Appears
in Fire Emblem: The Sacred Stones.

"If anyone starts getting too chummy with my big sis, I'm gonna let 'em have it! The ol' frog-in-a-boot trick should teach 'em a lesson..."

The Cleaner+
Mt: 12 Range: 2
Grants bonus to unit’s Atk = total bonuses on
unit during combat. After combat, if unit
attacked, inflicts Def/Res-7 on target and foes
within 2 spaces of target through their next
actions.

"I'm Tethys, a member of Gerik's band of mercenaries. I'll liven things up in a way rarely seen outside Jehanna!"

Son of Garcia, a warrior of Renais. A very
straightforward and honest lad raised without
a mother. He greatly admires his father's skill.
Appears in Fire Emblem: The Sacred Stones.

"I train ALL the time. I have to if I'm going to be the greatest warrior in all of Renais! How else will I surpass Dad!"