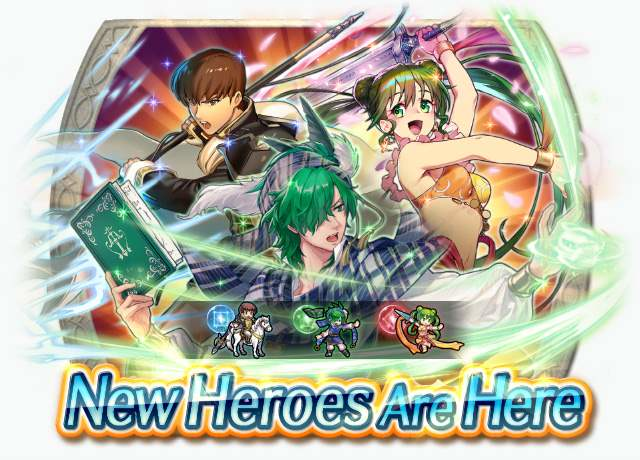 New Heroes from the Fire Emblem: Genealogy of the Holy War game are here!

Quan: Luminous Lancer, Lewyn: Guiding Breeze, and Silvia: Traveling Dancer are here as a part of a 5★ summoning focus!

These new Heroes also appear in the Book II, Chapter 12 story, Seeping Poison, and there are limited-time quests to go along with them. There's even a Log-In Bonus where you can get Orbs up to 10 times just by logging in daily! 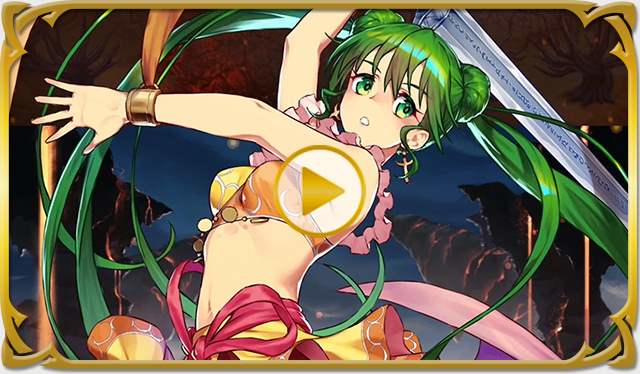 "Though Leonster may be small, our blood is that of Njörun, one of the 12 crusaders. My cause would bring no shame to our line, and my father saw that it was just, too. And yet..."

A dancer who travels the world. She looks
sweet, but she doesn't necessarily act that way.
Descendant of the high priest Bragi. Appears in
Fire Emblem: Genealogy of the Holy War.

Deluge Dance 2
If Sing or Dance is used, grants Spd+3 and
Res+4 to target.
Cannot use:

"It's so gloomy in here! Stop your brooding and let's go have some fun!"

"What did you think of my performance? I certainly look the part, don't I? Don't forget that I can fight as well. I'm not half bad at that, either."

"I hear Silvia has a thing for Lewyn!"