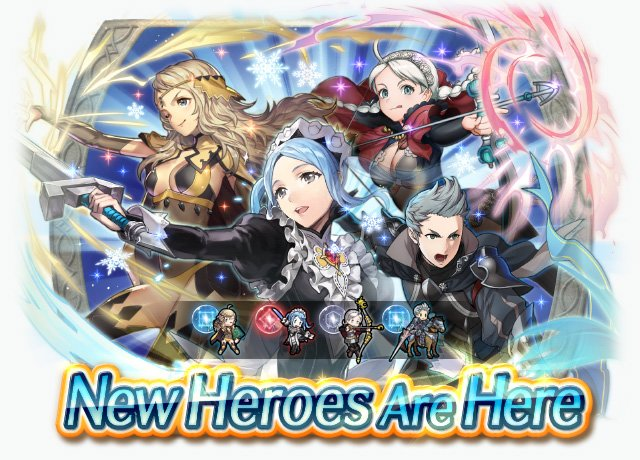 New Heroes from the Fire Emblem Fates games are here!

Flora: Cold as Ice, Silas: Loyal Knight, Nina: Eye Spy, and Ophelia: Dramatic Heroine are available as a part of a 5★ summoning focus!

But that's not all... The conclusion of Book II is finally here in the Book II, Chapter 13 story map, A Way Home! There are even special limited-time quests available as well. 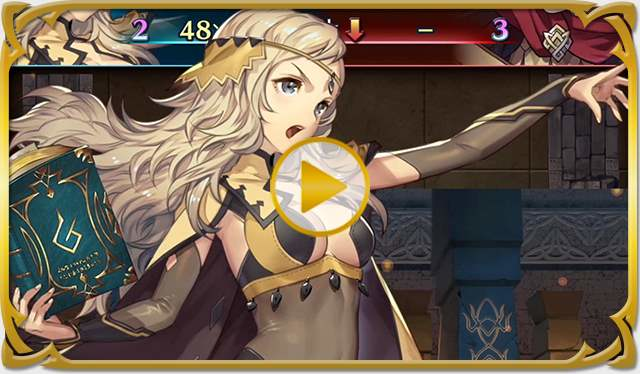 Hoarfrost Knife
Mt: 14 Range: 2
Accelerates Special trigger (cooldown count-1).
If unit initiates combat and foe uses sword,
lance, axe, or dragonstone, grants Def+20
during combat, and if foe can counter, unit
makes a guaranteed follow-up attack. After
combat, if unit attacked, inflicts Def/Res-7 on
target and foes within 2 spaces of target
through their next actions.
This skill can only be equipped by its original unit.

"I had some spare time so I made this small figurine from snow. Those of us from the Ice Tribe can create snow. Hmm... Maybe next time I'll create a figurine of a certain Summoner..."

"I was a castle knight back in Nohr. But, I was pretty green... Someday I'll be a knight my friend can be proud of."

Spd/Res Link 3
If a movement Assist skill (like Reposition,
Shove, Pivot, etc.) is used by unit or targets
unit, grants Spd/Res+6 to unit and target ally
or unit and targeting ally for 1 turn.
Cannot use:

"Oh, I was just reading this book—a totally normal book. So don't even bother asking my parents about it! While we're on the topic, anything you hear about my books or reading habits is a complete lie. All right?"

Missiletainn
Mt: 14 Range: 2
Accelerates Special trigger (cooldown count-1).
At the start of turn 1, grants Special cooldown
count-1 for each magic ally on your team
(including unit).
This skill can only be equipped by its original unit.

"This really is the end... I want everyone to make it through this and return to Askr!"