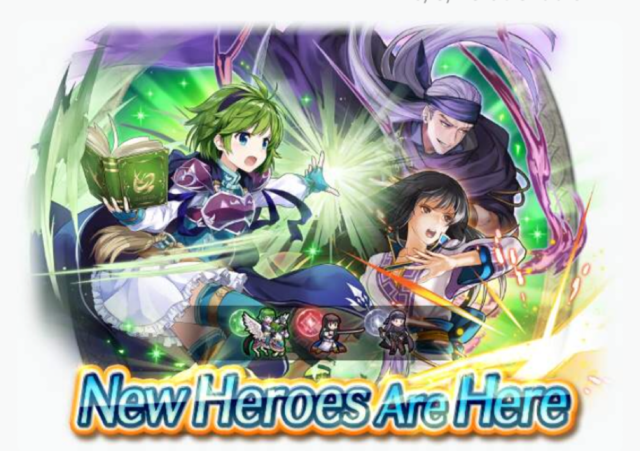 New Heroes from Fire Emblem: The Blazing Blade are here!

Nino: Pale Flower, Karla: Sword Vassal, and Legault: The Hurricane are available as a part of a 5★ summoning focus!

But that's not all... The climax of Book II is here in the Book II, Chapter 10 story map! There are even limited-time special quests available as well.

Notes:
Starting with this summoning focus, Kaze: Easygoing Ninja will be available as a 3★ and 4★ unit. 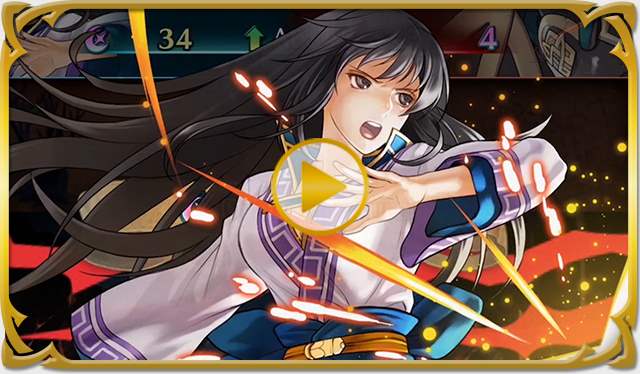 Vassal's Blade
Mt: 16 Range: 1
Accelerates Special trigger (cooldown
count-1). If unit's Spd > foe's Spd, boosts
damage dealt by 70% of difference between
stats. (Maximum bonus of +7 damage.
Combos with Phantom Spd.)
This skill can only be equipped by its original unit.

"Only one can wield the sword of our clan. Aside from my brother, all have fallen... As will I, someday. And yet...here I am."

Former member of the Black Fang. He was one
of the founding members and is known as the
"cleaner." Left the group when it lost its way.
Appears in Fire Emblem: The Blazing Blade.

The Cleaner+
Mt: 12 Range: 2
Adds total bonuses on foe to damage dealt
during combat. After combat, if unit attacked,
inflicts Def/Res-7 on target and foes within
2 spaces of target through their next actions.

"The Black Fang was formed with a goal of ridding the world of those who deserved it... Things changed, though. I know well whose fault that was."

"It's finally time to settle the score with Surtr!"