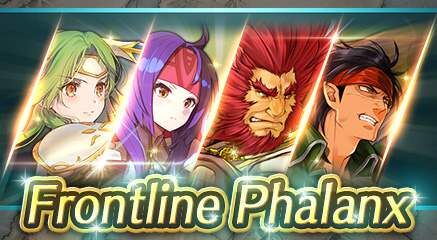 Send your Heroes to other other worlds to support Heroes who are struggling against the odds in Frontline Phalanx. Be sure to check out the details on how to play and other useful information before it begins! This is a great opportunity to quickly earn 100

Trait Fruit by completing quests celebrating the debut of this new event, so don't miss out!

■ What is Frontline Phalanx?

Frontline Phalanx is a new event in which summoners send their support to Heroes in other worlds struggling against the odds. Work with other players while using support forces and Guardian Shields to protect the Heroes!

To celebrate the beginning of the event, Phalanx Fest Events from which you can obtain Trait Fruit

will also be held, so don't miss out!

to Heroes surrounded by the enemy army. After an hour passes and the round is over, the Heroes will head into battle with the support forces that were sent to them. One support force is recovered per hour and up to eight forces can be sent at once.

Note: Support forces can be sent to the same Hero once per round.

A boost is displayed for each of the four Heroes. As the boost increases, so does the Hero's attack power, meaning that a higher amount of damage can be dealt to the foe's HP. Under certain conditions, a highly successful attack can take place that will deal even more damage! However, the higher the boost, the lower your chance of a successful attack, so be careful out there! 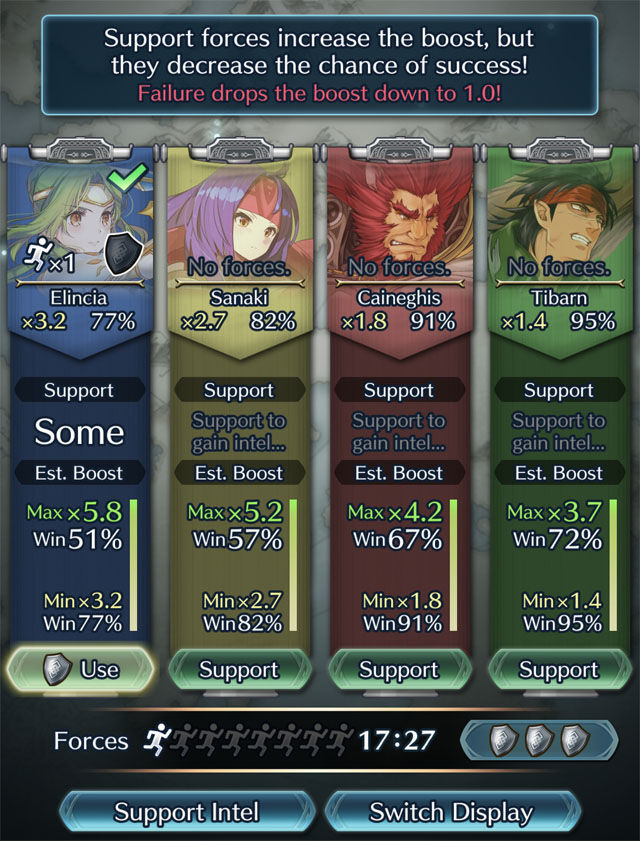 is an item that protects against failed attacks. When a Guardian Shield is used, you will earn a victorious score even if you would otherwise be defeated, and a bonus will be added to your score as well. Also, if a lot of players use the Guardian Shield in the same round, the impenetrable defense of Skjaldborg will activate and guarantee a victory!

Make sure you're using your Guardian Shields when you need them! 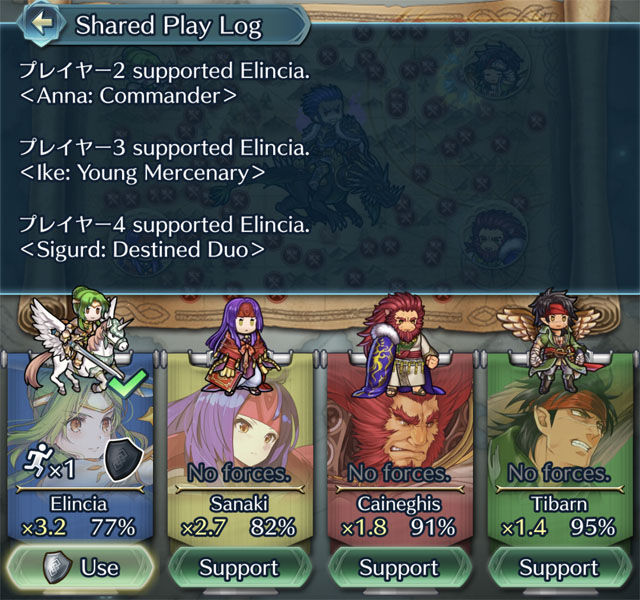 If you achieve victory and defeat a boss, an even stronger boss will appear. Defeat the foe that appears three times within the duration to complete the event.

Let's work together and drive the enemy out!

Your rank among all players will be determined by your score, and you will be rewarded with Hero Feathers according to that rank.

Your score is calculated by multiplying the support forces you deployed by the boost value. A Triumph will double your score, but a Total Loss will reduce it by half. You'll receive an additional bonus if a Guardian Shield is used, and you'll receive an even bigger bonus if Skjaldborg activates!

Earn a high score and try to get a high ranking!

Each time a boss is defeated, Orbs and Divine Codes (Ephemera) can be earned as rewards.

Note: Boss Rewards can be received even if you do not send out any support forces.

When support forces are deployed, Orbs and Dragonflowers can be earned as rewards once per day.

Note: Play rewards are distributed every day for five days, but if the enemy is defeated before that time is up, players that played every day will be sent the remaining rewards.

The following items can be changed in Settings.

Switch the notification for when a round you took part in ends on or off.

Switch the display of the red marks indicating the enemy army on or off.

Now it's our turn to support the Heroes that are always fighting for us!