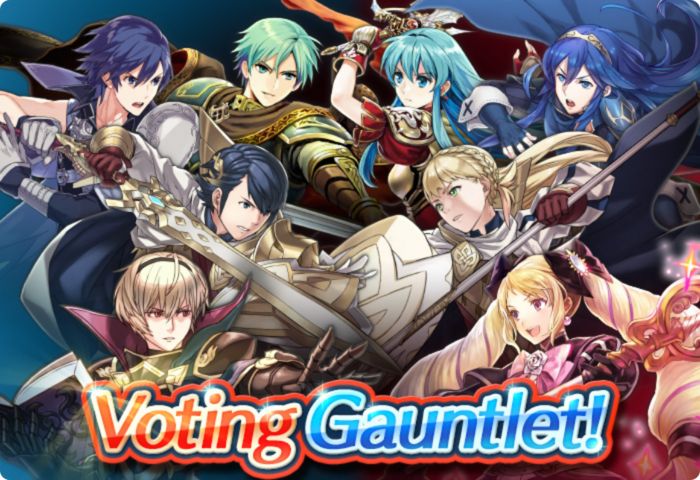 Eight princes and princesses will duke it out:
Alfonse, Sharena, Ephraim, Eirika, Chrom, Lucina, Leo, and Elise...
Who will prevail in this battle of popularity?

Curious how many points each army has? There's no way to find out until you join one! Once you've joined one Hero's army, you won't be able to change to another one unless the army you joined loses, so weigh your options carefully before making a decision.

Press the "To battle!" button to head into battle. After that, you'll have to wait awhile before you can battle again.

Your team will be automatically created using the allies listed below. The leader is the ally placed in the leftmost slot of the first team.


5) Battle a lot and reap the rewards.

(Update 1)
Unranked players will earn rewards as though their rank is 100,001

If you battle a lot you'll earn a lot of rewards.

We also have a grand reward planned for all players that will be determined by the overall voting score achieved by everyone while the Voting Gauntlet is active!

We will announce the current vote total each day at 7:00 AM UTC.

Work together to hit 5 billion points!

(Update 2)
Army scores and ranks will be updated regularly.

"If I was a princess, I could have joined these battles, too..."