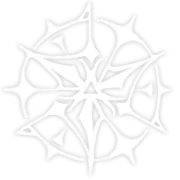 The symbol that signals the arrival of reinforcements in Allegiance Battles

Reinforcements do not gain boosts from Legendary Effects.

Foes from a map may be separated into initial units or reinforcements. At the end of each enemy phase, the game iterates through the list of reinforcement entries, checks if each entry satisfies all of the following requirements, and spawns a foe in that case:

Arena and Rival Domains maps place their initial units according to the slot indices of both teams and the internal order of the initial spawn positions. The slot index is also the final tiebreaker for several AI actions; therefore, the relative slot order between units spawned together can be determined empirically, without reading the map files.

When a unit is considered for spawning, its designated cell might be occupied and the game has to search for a free cell to place the unit. This is done by ordering all cells on the map that are unoccupied by units, as shown below:

The cell with the highest priority is then used to spawn the unit. In most cases the spawn position is unoccupied, and the search stops at step 2. Each reinforcement entry finishes spawning before the next entry checks for an unoccupied cell. If all cells are occupied (which does not occur through normal gameplay), the unit is not spawned and waits until any cell is unoccupied at the end of an enemy phase.

If a reinforcement is set to spawn on a player's starting position space, the reinforcement will instead spawn in the closest available space.