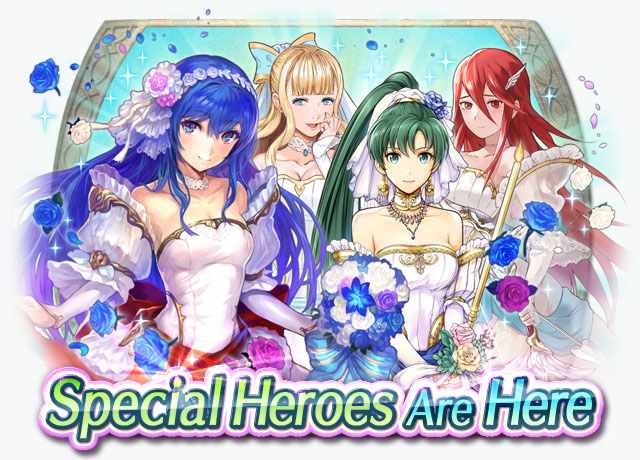 Refusing to be upstaged by this year's brides, these Special Heroes are back in their wedding attire and available as 5★ units!

"We learn each and every day... In battle, and in marriage, too."

"Never thought much about being a bride, but I did train for battle!"

"Fighting brides are lovely too!"