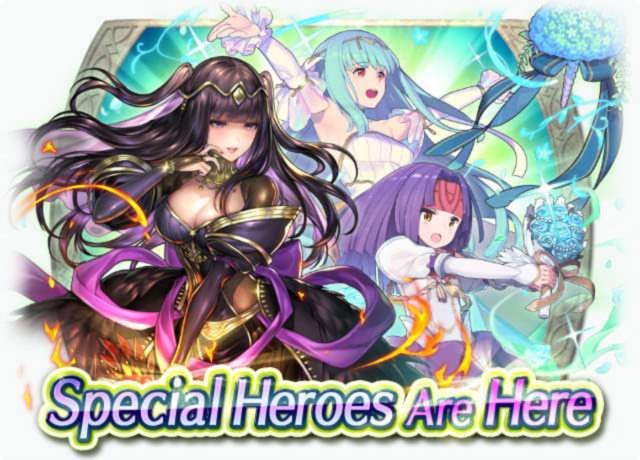 The celebration for this year's brides is beginning! Who will catch the brides' bouquets this year?

These Special Heroes are adorned in bridal attire and are available as 5★ units!

These Special Heroes also appear in the new Paralogue story, Bridal Bloom. There are also some related limited-time special quests. There's even a Log-In Bonus until 2018-06-05T06:59:59Z where you can get Orbs up to 10 times! 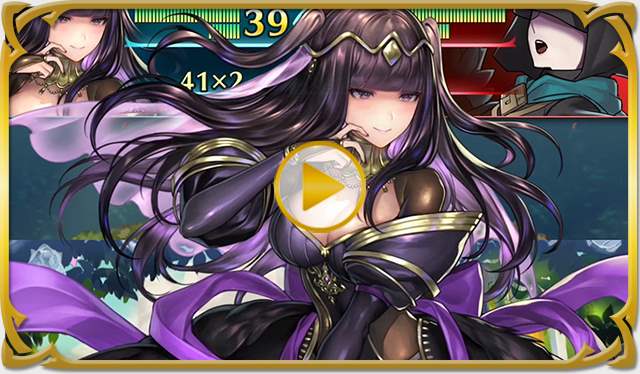 Empress of Begnion. Known as the Apostle,
voice of the goddess. Curiosity led her to
participate in a festival about brides.
Appears in Fire Emblem: Path of Radiance.

Nifl Frostflowers
Mt: 14 Range: 2
Grants Atk+3. During combat, boosts
unit's Atk/Spd by number of allies within
2 spaces × 2. (Maximum bonus of +6
to each stat.)
This skill can only be equipped by its original unit.

"You stand in the presence of Sanaki, 37th Empress of Begnion. I am the Apos— M-my dress? It is nothing you should concern yourself with. Do not interrupt me!"

A mage from Plegia with a dark side and a
possessive streak. Determined to get her hands
on the festival's prize, a bouquet. Appears in
Fire Emblem Awakening.

Múspell Fireposy
Mt: 14 Range: 2
Grants Spd+3. During combat, boosts
unit's Atk/Spd by number of allies within
2 spaces × 2. (Maximum bonus of +6
to each stat.)
This skill can only be equipped by its original unit.

Spd Feint 3
If a Rally Assist skill is used by unit or targets
unit, inflicts Spd-7 on foes in cardinal directions
of unit through their next actions.
Cannot use:

"Love is a hex that binds two souls for as long as they both shall live. Whether I'm the hexed or the one doing the hexing... I'm ready."

A young dancer who has a serene and mystical
presence. Her travels took her on a path that
led to a festival celebrating brides. Appears in
Fire Emblem: The Blazing Blade.

Fresh Bouquet+
Mt: 12 Range: 2
At start of turn, if unit is adjacent to an ally,
grants Spd+4 to unit and adjacent allies for
1 turn.

"I must admit, I'm not well versed in wedding customs... Is it proper for a bride to dance in her dress?"

"The black dress looks mature, but it's super cute too!"