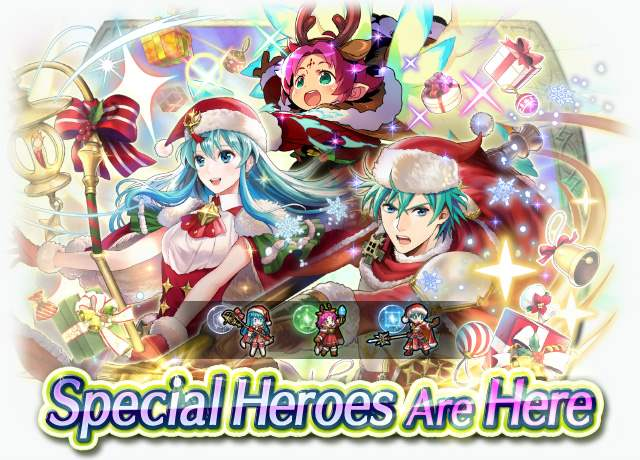 When I exchange gifts on a night like this...I feel close to everyone.

Ephraim: Sparkling Gallantly, Eirika: Gentle as Snow, and Fae: Holiday Dear have arrived bearing gifts and are available as 5★ units as part of a Special Heroes summoning event!

But that's not all... These Special Heroes also appear in the new Paralogue story, Gifts of Winter, and there are some limited-time quests to go along with them. There's even a Log-In Bonus where you can get Orbs up to 10 times before 2019-01-01T06:59:59Z! 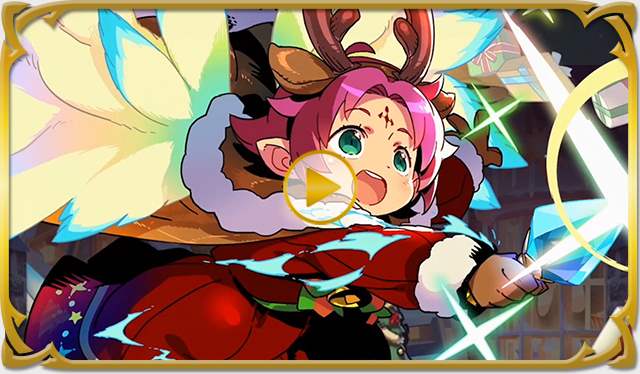 A young dragon from Nabata village. Her
excitement for her first winter festival cannot
be contained. Appears in Fire Emblem: The
Binding Blade.

Glittering Breath+
Mt: 14 Range: 1
During combat, boosts unit's Def/Res by
number of allies within 2 spaces × 2. (Maximum
bonus of +6 to each stat.) If foe's Range = 2,
calculates damage using the lower of foe's Def
or Res.

The gallant prince of Renais. His chivalrous
nature enlivens the winter festival. Appears in
Fire Emblem: The Sacred Stones.

Festive Siegmund
Mt: 16 Range: 1
Accelerates Special trigger (cooldown count-1).
If unit is not adjacent to an ally, grants
Atk/Spd/Def/Res+4 during combat.
This skill can only be equipped by its original unit.

"I'm not a fan of showy outfits. But if dressing up helps keep everybody in good spirits, it's worth doing."

Joyous Lantern+
Mt: 12 Range: 2
At start of turn, grants Def/Res+5 to ally with
the highest Atk for 1 turn. (Excludes unit.)

"The envoys of the winter festival bring happiness to all the children. Isn't that wonderful?"