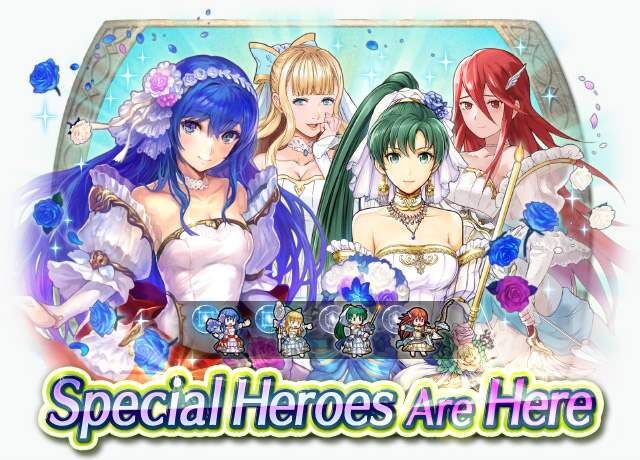 From the altar to the battlefield, Special Heroes dressed as brides are back! You can pick them up while they're available as part of this 5★ summoning focus!

"I've heard that the secret to a happy marriage is consideration. Always show your partner that you care."

"Think this dress is going to keep me off the battlefield? Think again! I'm as fierce a fighter as I ever was— Yeah, I can see that you get it."

"I can move just fine in this dress, so send me into battle. I just want to help—with anything that needs doing."

Charlotte's on the lookout for a rich husband... I hope she finds one!