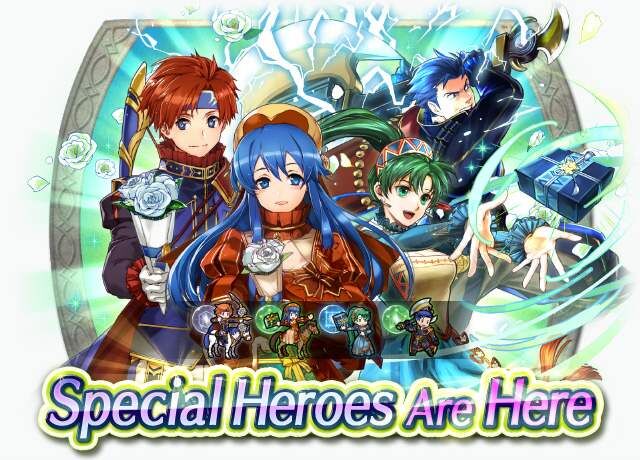 It's a festival! If there's someone you really care about, you can give them a present packed with your feelings...
And if you have a special someone in mind... You can confess your feelings there, too.

Eliwood's friend and brother of the Marquess
of Ostia. Wants to win the big tournament.
Appears in Fire Emblem: The Blazing Blade.

A noble of Caelin whose full name is Lyndis.
She hopes that her gifts express all of the
feelings she normally doesn't put into words.
Appears in Fire Emblem: The Blazing Blade.

"Celebrations and sending gifts to other tribes is important to people of the plains. We live divided across many different tribes, so that helps us all keep in touch."

The son of Eliwood, Marquess of Pherae.
He decided to visit the festival after receiving
an invitation from Lilina. Appears in Fire
Emblem: The Binding Blade.

A noble of Ostia and Roy's friend since
childhood. Focused on choosing gifts for
those dearest to her. Appears in Fire
Emblem: The Binding Blade.

"I wonder if anyone will have feelings to share with me..."