Relay Defense battles are here in Special Maps with an all-new set of rules!

Protect your fortress to make it through this eight-turn defensive battle by taking to the battlefield with a brigade of 20 Heroes, swapping your active group of five Heroes every two turns.

Note: Rival Domains maps will not be available while Relay Defense maps are active.

More >
■ What Is Relay Defense?


Relay Defense is an eight-turn defensive battle where you must survive an enemy assault while swapping out your allies.

Every two turns, the next five Heroes from your brigade of 20 will enter the fray.

Defend your area to earn rewards! 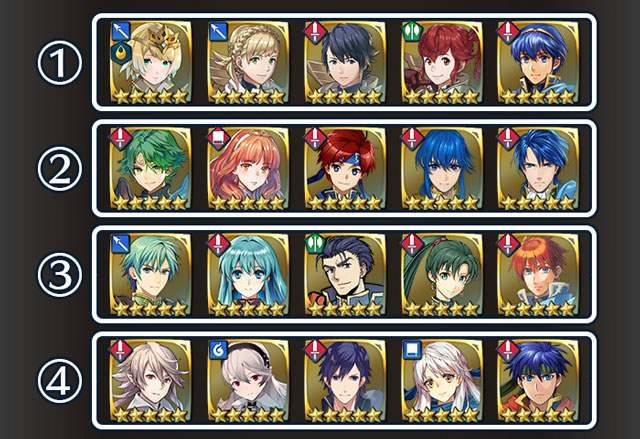 You can create a brigade of 20 Heroes from the Allies menu. Every two turns, the next five Heroes will swap onto the battlefield, so make sure there are no weak links in your brigade.

Worried that your Heroes may not be up to the task? Don't be! You can select Heroes from Friends' Allies to help flesh out your brigade.

・ From within the Rival Domains, Relay Defense, or Grand Conquests screen, tap Edit Brigades once to unlock the Edit Brigades option in the Allies menu.
・ The Hero available to friends is the Hero in the leftmost position of Team 1.
・ Any empty slots in your brigade will automatically be filled with level 40 reinforcements.

■ A Different Kind of Map

The 8 × 6 maps in Relay Defense have fortresses and camps. Withstand your enemies' reinforcements to defend your fortress and camps. 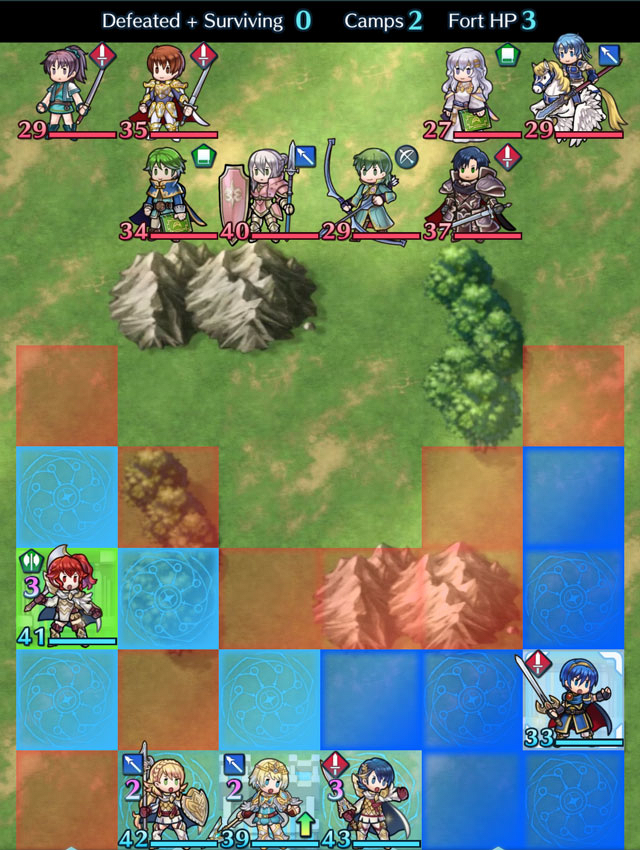 If your fortress is destroyed, you will lose the battle. Defend it for eight turns.

Bolster the defenses of your camps to prevent enemies from reaching your fortress. Once a camp has been destroyed by an enemy, you cannot take it back.

■ Aim for the Target Score

The battle ends when either eight turns have passed or your fortress has been destroyed. Reach the target score to earn rewards!

Points are earned based on the number of enemies you defeat and the number of Heroes in your brigade who survive during their two turns.

Points are earned for successfully defending your camps.

Points are earned for successfully defending your fortress.

In Relay Defense, there are a total of eight map levels. Each time you clear a level, the next one will unlock.

Progress through the levels to test your skills against some extremely difficult maps!


・ The location where allied Heroes appear may change depending on enemy positions and whether camps have been destroyed.