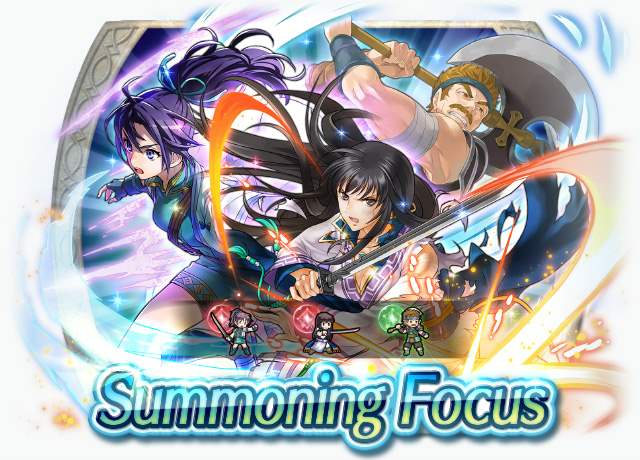 To accompany the start of Bound Hero Battle: Bartre & Fir, Bartre: Fearless Warrior and Fir: Sword Student, as well as Karla: Sword Vassal, will be part of a 5★ summoning focus!

Axe of Virility
Mt: 16 Range: 1
Effective against armored foes.
This skill can only be equipped by its original unit.

"Fir? Where are you, Daughter? CAN YOU HEAR ME? FIRRRRRRRR?"

A woman who travels in search of the best
swordplay opponents anywhere. Appears
in Fire Emblem: The Binding Blade.

"One step closer to being a sword master!"

"Saw me training, did you? You might think I have no need to, but the habit is ingrained deep within me."