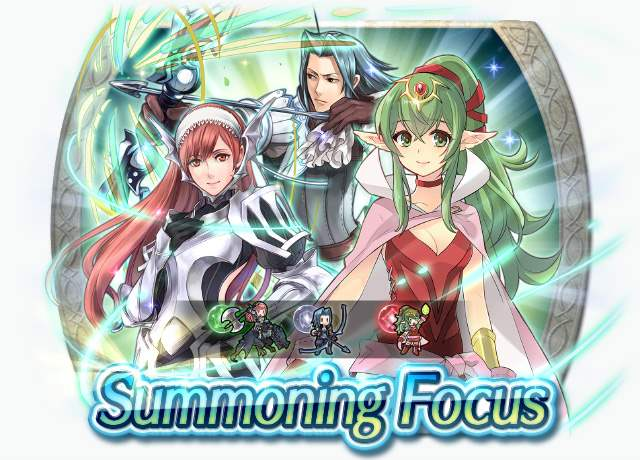 To accompany the start of Bound Hero Battle: Cherche & Virion, Cherche: Wyvern Friend and Virion: Elite Archer, as well as Tiki: Naga's Voice, will be part of a 5★ summoning focus!

"In my homeland, I was in service to House Virion, but, honestly, you can just forget about my former liege."

"I am the rightful ruler of Rosanne, a duchy in faraway Valm. I was...forced from my homeland."

"I vow to protect this world I share with the Heroes."

"The bond between Cherche and Minerva is something to admire!"