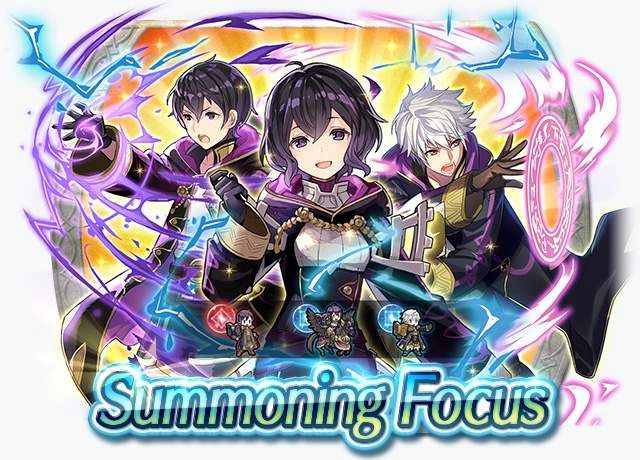 To accompany the start of Bound Hero Battle: Morgan & Morgan , Morgan: Lad from Afar, Morgan: Lass from Afar, and Robin: High Deliverer will be part of a 5★ summoning focus!

Robin's son. An aspiring tactician with
no memory. Cheerful and loves to study.
Appears in Fire Emblem Awakening.

Grima's Truth
Mt: 14 Range: 2
Grants Def+3. After combat, if unit attacked,
inflicts Atk/Spd-5 on target and foes within 2
spaces of target through their next actions,
and grants Atk/Spd+5 to unit and allies within
2 spaces for 1 turn.
This skill can only be equipped by its original unit.

"I was just exploring outside the castle. The geography of this world is just so new, and so exciting! And being near the ruins made me feel like I just might...remember something..."

"Hello, I'm Robin. I'm a tactician for the Shepherds, so let me know if you need a battle plan."

"Let's make good use of these tacticians' expertise!"