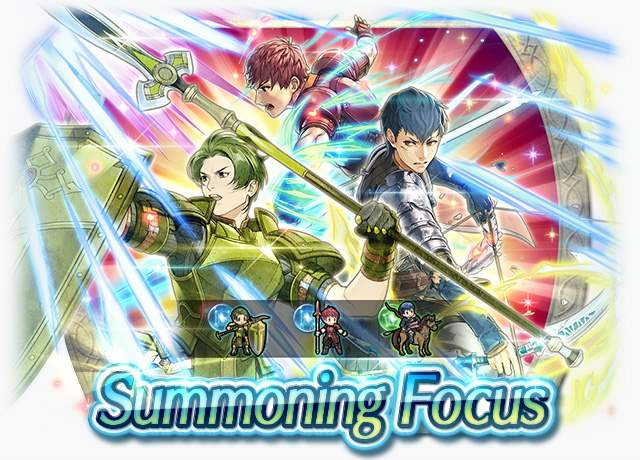 A soldier with the Deliverance. Advisor
to Clive, whom he has sworn an ardent
allegiance to. Appears in Fire Emblem
Echoes: Shadows of Valentia.

Sol Lance
Mt: 16 Range: 1
Grants Res+3. When unit deals damage to foe
during combat, restores 10 HP to unit.
(Triggers even if 0 damage is dealt.)
This skill can only be equipped by its original unit.

Joint Hone Def
At start of turn, if unit is adjacent to an ally,
grants Def+5 to unit and adjacent allies for
1 turn.

"I served as Sir Clive's right-hand man during our time with the Deliverance. ...Time neither of us will soon forget."

An archer with the Deliverance. His nonchalant
exterior belies a serious character that cares
deeply for his allies. Appears in Fire Emblem
Echoes: Shadows of Valentia.

"Know a good place to catch a few winks? Feel free to join me! Some jobs are just made for ditchin'."

Sacred Cowl
Cooldown: 2
If foe is 2 spaces from unit, reduces damage
from foe's attack by 30%.
Cannot use:

These three are battle brothers in the Deliverance!