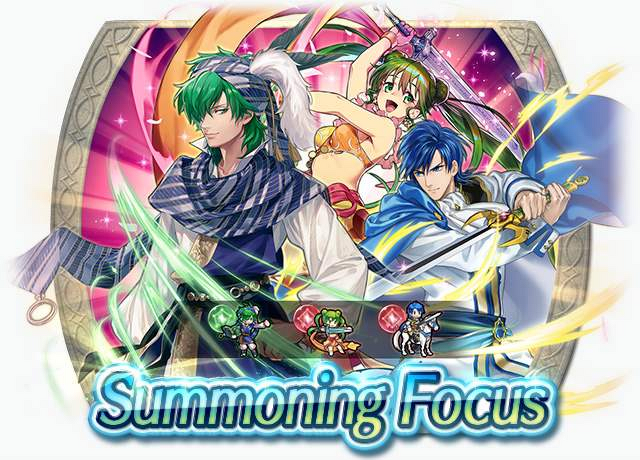 A dancer who travels the world. She looks
sweet, but she doesn't necessarily act that way.
Descendant of the high priest Bragi. Appears in
Fire Emblem: Genealogy of the Holy War.

Deluge Dance 2
If Sing or Dance is used, grants Spd+3 and
Res+4 to target.
Cannot use:

"Oh, did you want to see me dance? I've noticed you watching. You know talent when you see it!"

That white feather Lewyn's wearing sure is pretty. I wonder where he... Wait a minute!