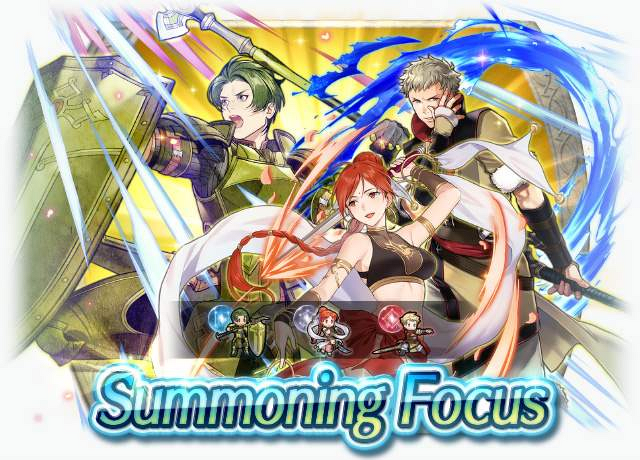 Three Heroes with Bond skills are available as part of a 5★ summoning focus!

Heroes with Bond skills are granted up to +5 to certain stats during combat if they are adjacent to an ally.

A soldier with the Deliverance. Advisor
to Clive, whom he has sworn an ardent
allegiance to. Appears in Fire Emblem
Echoes: Shadows of Valentia.

Sol Lance
Mt: 16 Range: 1
Grants Res+3. When unit deals damage to foe
during combat, restores 10 HP to unit.
(Triggers even if 0 damage is dealt.)
This skill can only be equipped by its original unit.

Joint Hone Def
At start of turn, if unit is adjacent to an ally,
grants Def+5 to unit and adjacent allies for
1 turn.

"I served as Sir Clive's right-hand man during our time with the Deliverance. ...Time neither of us will soon forget."

The Cleaner+
Mt: 12 Range: 2
Grants bonus to unit’s Atk = total bonuses
on foe during combat. After combat, if unit
attacked, inflicts Def/Res-7 on target and foes
within 2 spaces of target through their next
actions.

"Oh! Have you been watching long? While warriors swing their steel, we dancers train the swing of our hips."

"Hey, let's think up some special technique names! Shouting as you summon is sure to improve results!"

These Heroes get stronger when their friends are around!