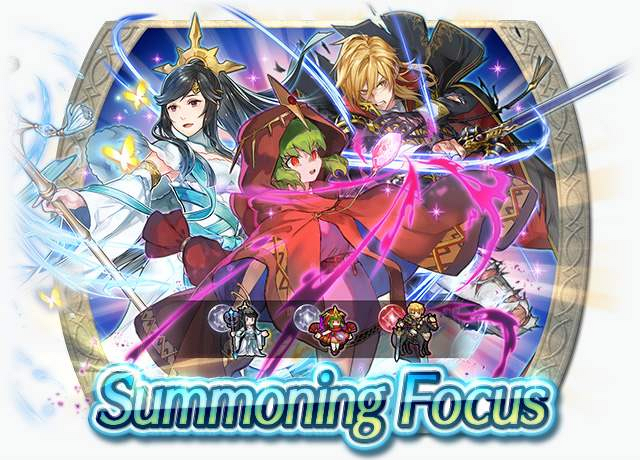 Three Heroes with Brazen skills are available as part of a 5★ summoning focus!

If a Hero with a Brazen skill has 80% HP or less at the start of combat, they are granted up to +7 to certain stats during combat.

Princess of the Divine Dragon tribe. She was
taken to the Fane of Raman and, under
Gharnef's control, incinerated all those who
entered. Appears in Fire Emblem: Mystery of
the Emblem.

Razing Breath
Mt: 16 Range: 1
Effective against dragon foes. Unit can
counterattack regardless of foe's range. If foe's
Range = 2, calculates damage using the lower
of foe's Def or Res.
This skill can only be equipped by its original unit.

Solitary Dream
At start of turn, if unit is adjacent to only
dragon allies or if unit is not adjacent to any
ally, grants Atk/Spd/Def/Res+4 to unit and unit
can move 1 extra space. (That turn only. Does
not stack.)
This skill can only be equipped by its original unit.

"Are you...another part of my dream?"

The extremely affectionate queen of another
Hoshido. She is a nurturing adoptive mother to
Azura. Appears in Fire Emblem Fates.

"I am Mikoto, queen of Hoshido. I hastened to follow a familiar voice and found myself in this realm."

"I am the black knight, Ares. Know that all who stand in my way will be naught but stains on the Demon Sword."

When push comes to shove, these Brazen skills pack a punch!