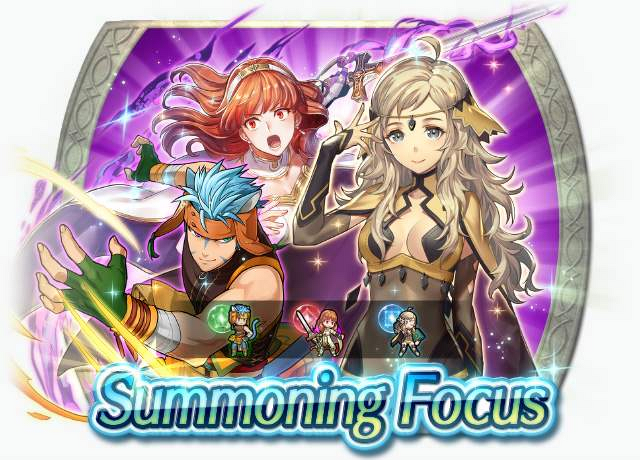 Three Heroes with Chill skills are available as part of a 5★ summoning focus!

Heroes with Chill skills can reduce a certain stat of the foe on the enemy team who has the highest of that stat by up to -7 at the start of a turn.

"Would you accept Lord Duma's blessing? You'll become more powerful than you know. You'll obtain the power...to destroy all... Heehee..."

A cat warrior from Gallia, the home of the beast
tribe of laguz. Though young, his king trusts him
deeply. Considered the right hand of the future
king. Appears in Fire Emblem: Radiant Dawn.

Covert Cat Fang
Mt: 14 Range: 1
Grants Def+3. If unit is within 2 spaces of an
ally, grants Atk/Def+3 to unit and allies within
2 spaces of unit during combat. At start of turn,
if unit is adjacent to only beast or dragon allies
or if unit is not adjacent to any ally, unit
transforms (otherwise, unit reverts). If unit
transforms, grants Atk+2, and if unit initiates
combat, inflicts Atk/Def-4 on foe during
combat and foe cannot make a follow-up
attack.
This skill can only be equipped by its original unit.

"I just came up with an amazing new spell! I jotted it down in my spell diary. Um... Huh... What page again?"

"With Chill skills you can enjoy a markdown on enemy's stats!"