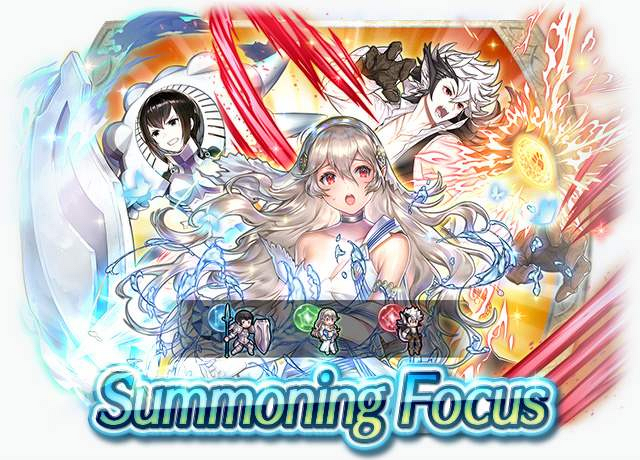 Three Heroes with the Draconic Aura Special skill are available as part of a 5★ summoning focus!

Heroes with Draconic Aura have their Special damage dealt boosted by 30% of their Atk!

Leader of the wolfskin who set up their
stronghold on Mount Garou. Sociable but isn't
always honest with himself or others. Appears in
Fire Emblem Fates.

Wolfskin Fang
Mt: 9 Range: 1
Inflicts Spd-5. Unit attacks twice. (Even if foe
initiates combat, unit attacks twice.) At start of
turn, if unit is adjacent to only beast or dragon
allies or if unit is not adjacent to any ally, unit
transforms (otherwise, unit reverts). If unit
transforms, grants Atk+2 and deals +10
damage when Special triggers.
This skill can only be equipped by its original unit.

Beast Valor 3
While unit lives, all beast allies on team get
2x SP. (Only highest value applied. Does
not stack.)
Cannot use:

"Let's take a look at my treasure collection! Just one of my many fine pieces is an embalmed lizard! I also have a giant bat corpse! It's huge!"

Sully's daughter. Won't miss a chance to train
for battle. Determined to be the best soldier
she can be. Appears in Fire Emblem Awakening.

"If I have free time, I have time to train. I won't let anyone else die on my watch... I must protect them."

This Special skill is great for Heroes who are confident in their attack power!