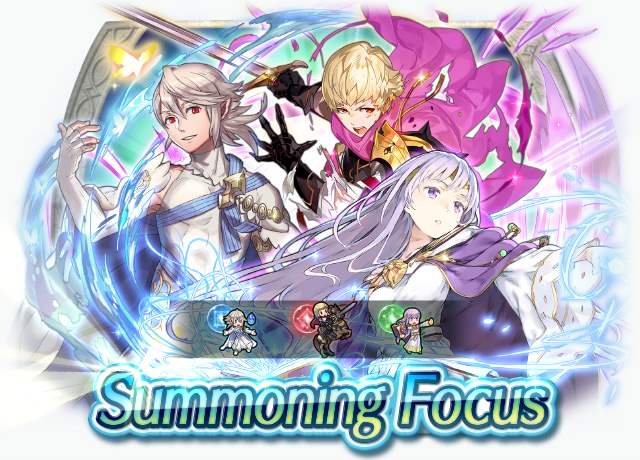 Three Heroes with the Dragon Fang skill, a Special skill that boosts damage by 50% of their Atk, are available as part of a 5★ summoning focus!

"I was just reading a book in the Order's library, when I—What? I'm not allowed in the library?! M-my apologies! How could I have made such a mistake?!"

A Hoshidan prince raised in another Nohr. He
understands young Azura's feelings very well.
They are the best of friends. Appears in Fire
Emblem Fates.

"As long as I can make Azura happy, I am prepared to face any hardship."

"This skill is great for Heroes who are confident in their attack power!"