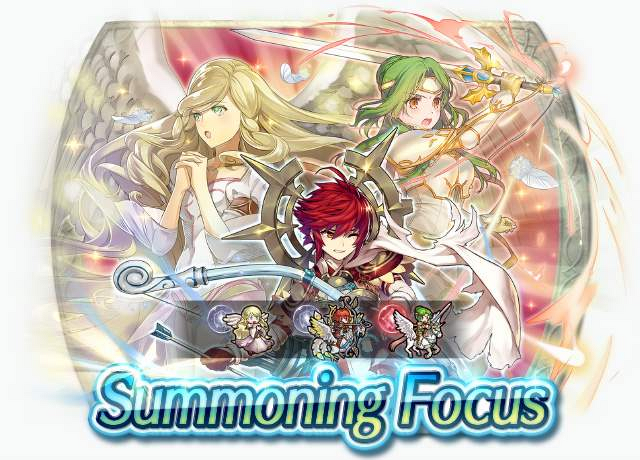 Three Heroes with the Flier Formation skill are available as part of a 5★ summoning focus!

Heroes with Flier Formation can move to a space adjacent to a flying ally within 2 spaces.

Princess of Serenes. Reyson's younger sister.
She speaks the ancient tongue and has not yet
mastered the language of Tellius. Appears in Fire
Emblem: Radiant Dawn.

Heron Wing
Mt: 14 Range: 1
Grants Spd+3. At start of turn, restores 7 HP
to allies within 2 spaces of unit. At start of turn,
if unit is adjacent to only beast or dragon allies
or if unit is not adjacent to any ally, unit
transforms (otherwise, unit reverts). If unit
transforms, unit can move 1 extra space. (That
turn only. Does not stack.) If unit transforms,
grants Atk+2.
This skill can only be equipped by its original unit.

Hone Beasts
At start of turn, grants Atk/Spd+6 to adjacent
beast allies for 1 turn.
Cannot use:

"Swoop in to help out an ally in need!"