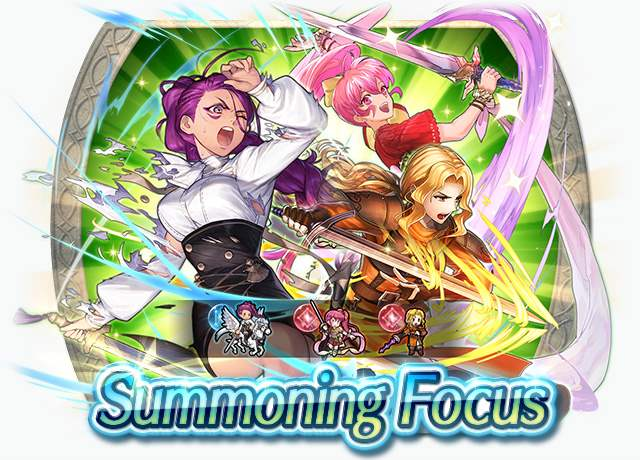 Three Heroes with Form skills are available as part of a 5★ summoning focus!

Granddaughter of the king of Brigid, a vassal
state of the Empire. Although her speech is not
perfect, she gives her all in everything she does.
Appears in Fire Emblem: Three Houses.

"Brigid is small islands with much richness and greenness. For my land of home, I would be giving the all."

A self-confident dancer. The swordsman
Navarre saved her life when she had been
attacked by thieves. Appears in Fire Emblem:
Mystery of the Emblem.

Rapier
Mt: 16 Range: 1
Effective against armored and cavalry foes.
Grants Spd+3. If unit’s HP ≤ 75% and foe
initiates combat, unit can counterattack
before foe's first attack.
This skill can only be equipped by its original unit.

Geyser Dance 2
If Sing or Dance is used, grants Def/Res+4 to
target.
Cannot use:

"Hm... Expecting a dance, were you? Well, don't blame me when you're bursting with energy afterward!"

Stick together as you move around the battlefield!