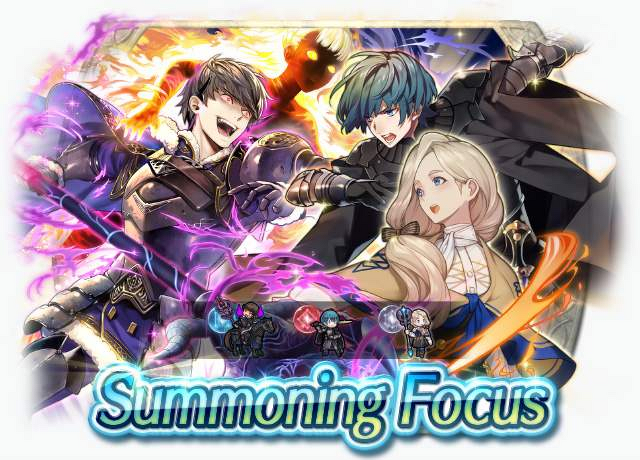 Three Heroes with Odd Wave skills are available as part of a 5★ summoning focus!

Heroes with Odd Wave skills grant up to +6 to certain stats for 1 turn at the start of odd-numbered turns. This bonus is granted to the Hero and their adjacent allies!

Heir presumptive to the Rigelian throne. Fell
into a deep despair when the truth about Alm
came out. Gave his betrothed's life to Duma to
obtain power. Appears in Fire Emblem Echoes:
Shadows of Valentia.

Kriemhild
Mt: 16 Range: 1
If a bow, dagger, magic, or staff foe initiates
combat and unit is within 2 spaces of an ally,
unit can counterattack regardless of foe's
range and foe cannot make a follow-up attack,
but after combat, if unit attacked, deals 20
damage to nearest ally.
This skill can only be equipped by its original unit.

Warding Stance 4
If foe initiates combat, grants Res+8 during
combat and inflicts Special cooldown charge -1
on foe per attack. (Only highest value applied.
Does not stack.)
Cannot use:

"Hah! I am Berkut! I shall end all things...with Duma's supreme power!"

Adopted daughter of a merchant family in the
Holy Kingdom of Faerghus. Former nobility with
a gentle, easygoing personality. Appears in Fire
Emblem: Three Houses.

"I know that the goddess is always watching over us. That's why I make sure to pray regularly."

Use these Heroes to press the advantage on odd-numbered turns!