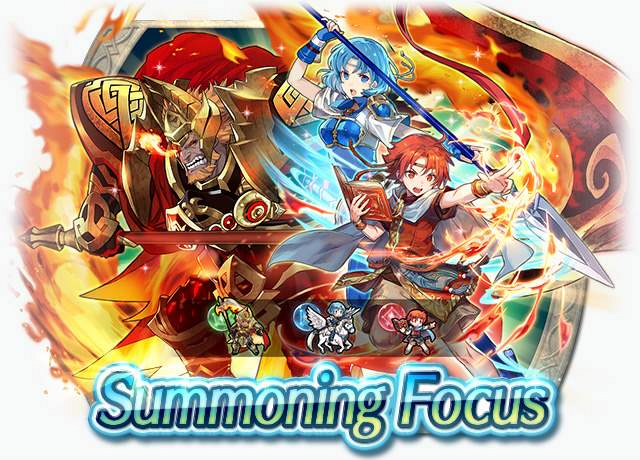 Three Heroes with Stance skills are available as part of a 5★ summoning focus!

Heroes with Stance skills receive a boost to one or more of their stats during combat if their foe initiates combat.

"I am flame itself! Even the gods will burn."

A member of Gerik's Mercenaries. Tethys's
brother. He reveres Saleh, his teacher. Appears
in Fire Emblem: The Sacred Stones.

"If anyone starts getting too chummy with my big sis, I'm gonna let 'em have it! The ol' frog-in-a-boot trick should teach 'em a lesson..."

The second of three sisters who are Pegasus
Knights of Ilia. She is talented and sincere,
but she can be lacking in flexibility. Appears in
Fire Emblem: The Binding Blade.

Seal Spd/Def 2
Inflicts Spd/Def-5 on foe through its next action
after combat.
Cannot use:

"I'm glad there's plenty of horse feed here. We mercenaries rely on our pegasi, so their food comes first."

These Heroes don't take kindly to being attacked!