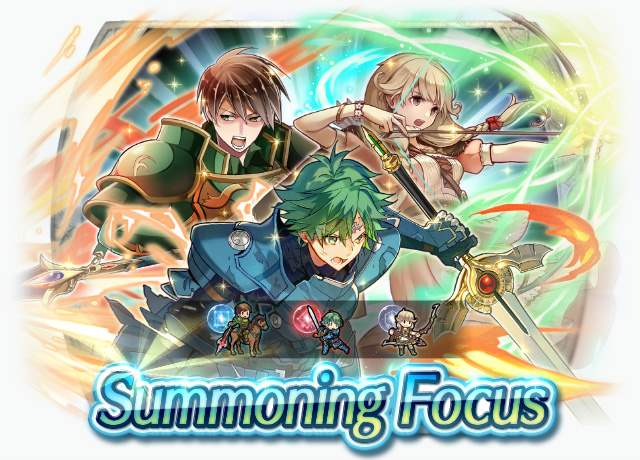 Three Heroes with Sweep skills, which protect against enemy counterattacks, are available as a part of a 5★ summoning focus!

"I'm not really one for fighting, but Alm joined the Deliverance...so I did too!"

An aspiring knight of Altea. Of calm demeanor.
Luke's longtime friend and rival. Appears
in Fire Emblem: New Mystery of the Emblem.

"I want to become a true knight of Altea, and thus a man of any importance. But to do that, I must complete my time as a knight in training."

"It seems like Faye is totally devoted to Alm..."