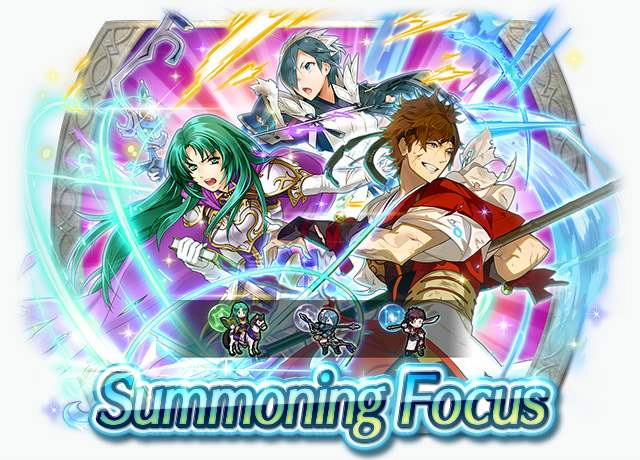 New weapon skills Setsuna's Yumi and Tome of Order are here—along with a new weapon to refine: Bright Naginata!

Hoshidan archer who is either fearless or
daydreaming. One of Hinoka's retainers.
Appears in Fire Emblem Fates.

Setsuna's Yumi
Mt: 14 Range: 2
Effective against flying foes. If foe uses
bow, dagger, magic, or staff, grants
Atk/Spd/Def/Res+4 during combat.
This skill can only be equipped by its original unit.

"I serve Lady Hinoka. She's strong...and kind...and really nice. I like her lots and lots."

"Don't get so caught up in other tasks that you neglect your training. I can take over fishing duties for you. Besides, there's nothing like a freshly grilled fish to get you pumped up!"

Tome of Order
Mt: 14 Range: 2
Effective against flying foes. Grants weapon-
triangle advantage against colorless foes, and
inflicts weapon-triangle disadvantage on
colorless foes during combat.
This skill can only be equipped by its original unit.