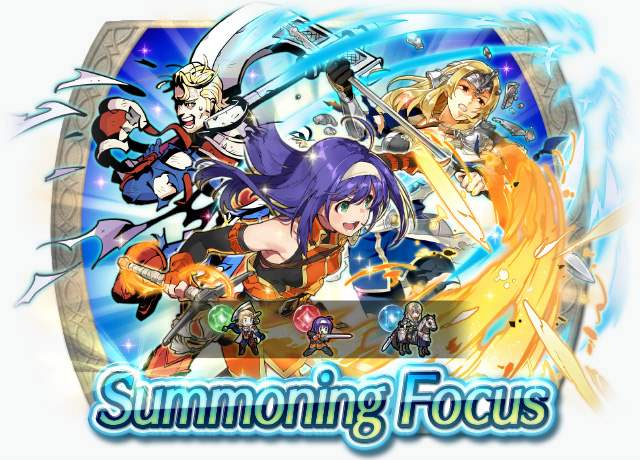 A paladin of the Deliverance and Clive's
betrothed. Strong as a demon, yet gentle to her
love. Appears in Fire Emblem Echoes:
Shadows of Valentia.

Knightly Lance
Mt: 16 Range: 1
Accelerates Special trigger (cooldown count-1).
This skill can only be equipped by its original unit.

"I am Mathilda of the Deliverance. I will prove to you that, in battle, I am as strong as anyone."

A sworn ally of justice with uncannily bad
luck. One of Elise's retainers. Appears
in Fire Emblem Fates.

Arthur's Axe
Mt: 16 Range: 1
If a bonus granted by a skill like Rally or Hone
is active on unit, grants Atk/Spd/Def/Res+3
during combat.
This skill can only be equipped by its original unit.

"My whole being aches for justice, but my stomach? It aches from something bad I ate."