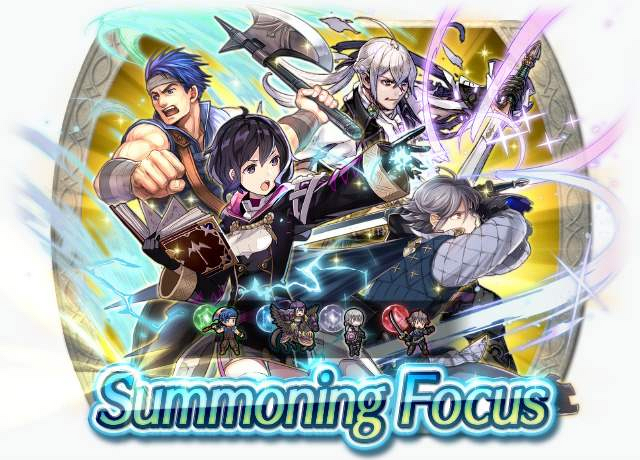 A mysterious man with a flair for dancing
and flirting. One of Xander's retainers.
Appears in Fire Emblem Fates.

Laslow's Blade
Mt: 16 Range: 1
If a movement Assist skill (like Reposition,
Shove, Pivot, etc.) is used by unit or targets
unit, grants Atk/Spd/Def/Res+4 to target or
targeting ally and allies within 2 spaces of unit
and target or targeting ally for 1 turn after
movement. (Excludes unit.)
This skill can only be equipped by its original unit.

"I serve Lord Xander and will protect him no matter what the cost. Even if he chides me constantly."

Warrior of Talys who works for Ogma and
has been a pirate and woodcutter. Appears
in Fire Emblem: Mystery of the Emblem.

Devil Axe
Mt: 16 Range: 1
Grants Atk/Spd/Def/Res+4 during combat,
but if unit attacked, deals 4 damage to unit
after combat.
This skill can only be equipped by its original unit.

Knock Back
If unit initiates combat, target foe moves 1 space
away after combat.
Cannot use:

A butler of Nohr who's superb at his work yet
dislikes serving anyone but his liege, Corrin.
Appears in Fire Emblem Fates.

"I'm forever trying to master the art of making tea, and I'm often in desperate need of a taster. If your taste is anywhere near as refined as my master Corrin's, you'd be of great help to me!"

Father's Tactics
Mt: 14 Range: 2
At start of combat, if unit's Res > foe's Res,
grants Atk/Spd/Def/Res+4 during combat.
This skill can only be equipped by its original unit.