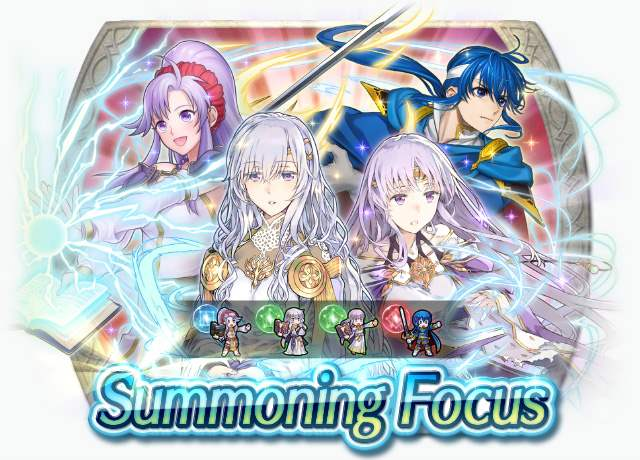 A new weapon skill, Tome of Thoron, is here along with new weapons to refine: Tyrfing, Naga (tome), and Divine Naga.

A noblewoman from Friege and descendant of
the crusader Thrud. She appears cheerful but
is hiding her troubles. Appears in
Fire Emblem: Genealogy of the Holy War.

Tome of Thoron
Mt: 14 Range: 2
At start of turn, if unit's HP ≤ 75% and unit's
attack triggers Special, grants Special
cooldown count-1, and deals +10 damage
when Special triggers.
This skill can only be equipped by its original unit.

"How reassuring. Now there is nothing I need fear."

"Am I of some help? That makes me happy."

"Neutralize their bonuses, add to our damage... It's no easy choice!"