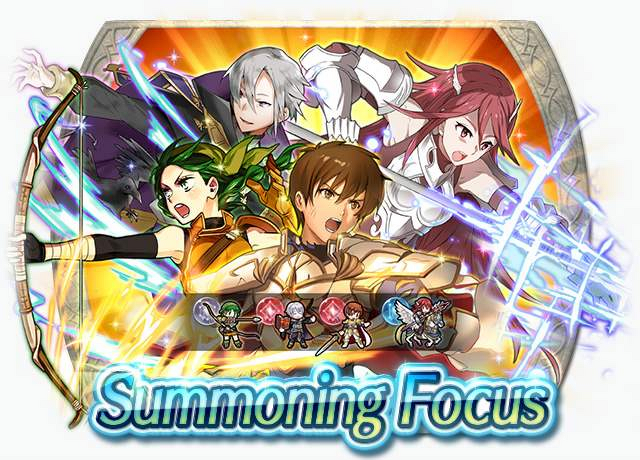 "This realm may be tranquil, but war finds its way here all the same. We must not give in. We will prevail! I just know we can do it!"

Cordelia's Lance
Mt: 10 Range: 1
Inflicts Spd-2. If unit initiates combat, unit attacks
twice.
This skill can only be equipped by its original unit.

"I was once one of the Ylissean pegasus knights. The others all died...but their spirits live on in me."

A girl who lives in a remote village and spends
her time hunting. Kind and sociable. Appears
in Fire Emblem: The Blazing Blade.

Rebecca's Bow
Mt: 14 Range: 2
Accelerates Special trigger (cooldown count-1).
Effective against flying foes.
This skill can only be equipped by its original unit.

"Hmm? Just tightening my bowstring. Always have to stay on top of my gear!"

A dark mage of Plegia with a bright grin
and a taste for the gruesome in battle.
Appears in Fire Emblem Awakening.

"I've been collecting crow feathers for a while. I wonder how many I need to fly..."